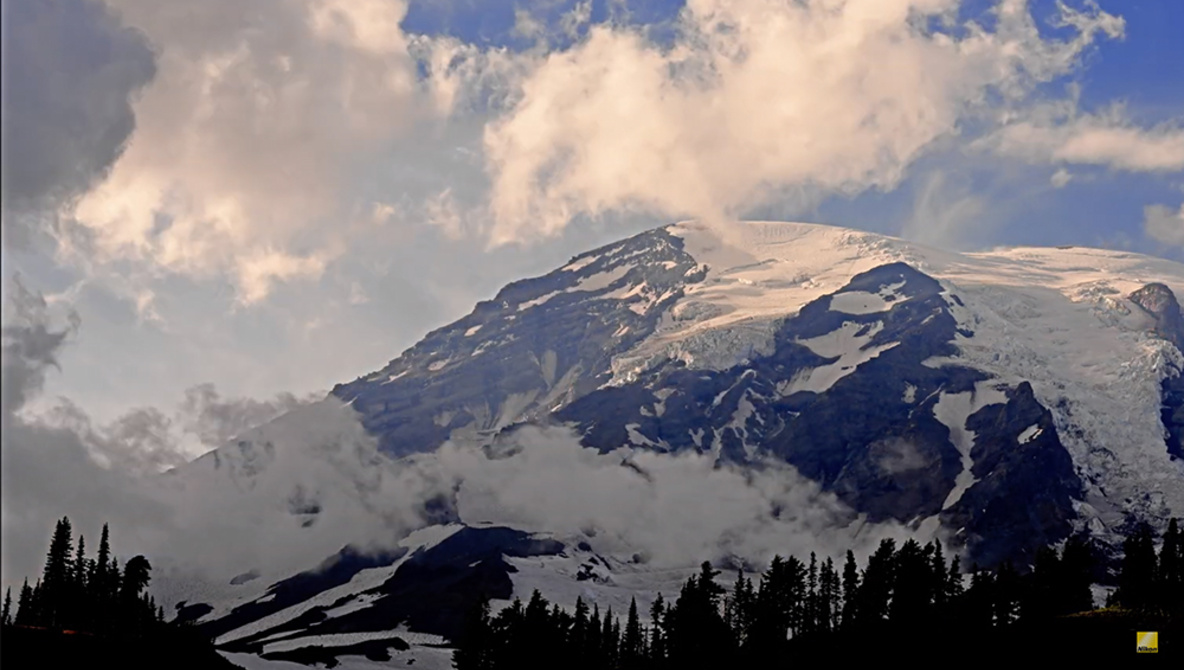 Later today, Nikon will unveil a new 8K time-lapse created using their Nikon Z 7 camera, and the results and process are quite impressive.

The time-lapse, “Earth, Wind & Inspire,” will be debuted on a gigantic 8K screen at NAB later today. Though shot entirely on the Nikon Z 7, it used a variety of mirrorless and F mount lens (using the FTZ adapter). In fact, it used 51 different lenses, which you can see in the lower right corner of the video, which details how each scene was shot. Altogether, it took seven months to shoot the time-lapse, which constituted 5,675 miles of driving, 385 miles of hiking, 12 nights in hotels, and over 45 nights camping, with temperatures ranging from 98 °F to a bitterly cold -14 °F, as the team went anywhere from Bandon Beach, Oregon to almost 13,000 feet of elevation in White River National Forest, Colorado. To create the four-minute time-lapse, Nikon shot approximately 57,300 images, creating a whopping 8.3 TB of data that then required over 150 hours of post-production to render 28,150 photos into the final 8K video. It’s quite the impressive achievement and an absolutely beautiful look at a lot of very inspiring natural scenery. Check it out above!