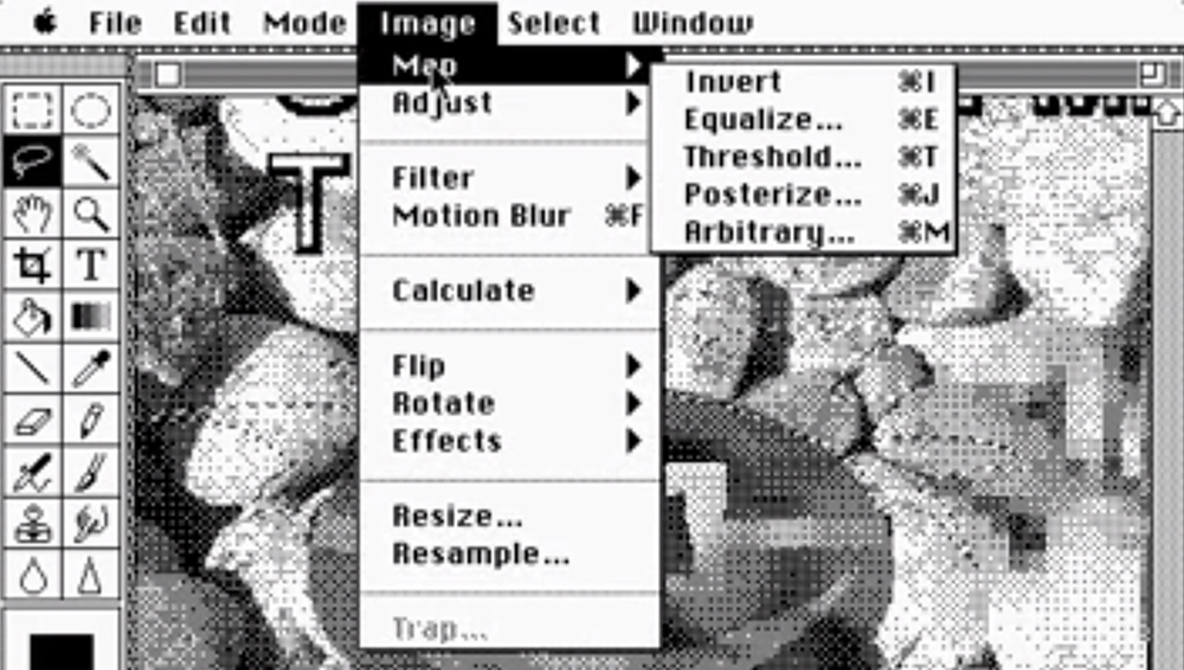 Believe it or not, it has been 30 years since the release of Photoshop version 1.0, and the application has come quite a long way in those three decades. This fascinating video takes a look at what it was like using version 1.0 of the program all those years ago.

Coming to you from j0han1, this great video takes a look at using version 1.0 of Photoshop, which was released in 1990. All the editing is done on a Macintosh Plus (released in 1986) on a 1-bit (yes, 1-bit, a.k.a. black and white) display, complete with an 8 MHz processor and 4 MB RAM. The video is shown at double speed, which really underscores just how long it took to make any adjustments or edits. That being said, it is important to emphasize just how novel and impressive these capabilities were back then. I found it particularly fascinating how similar the layout of the program was to the current version. Obviously, the program has gained a ton of capabilities in the intervening time, but I feel like any current user could jump into version 1.0 and feel right at home in no time. Check out the video above to take a neat look back in time.