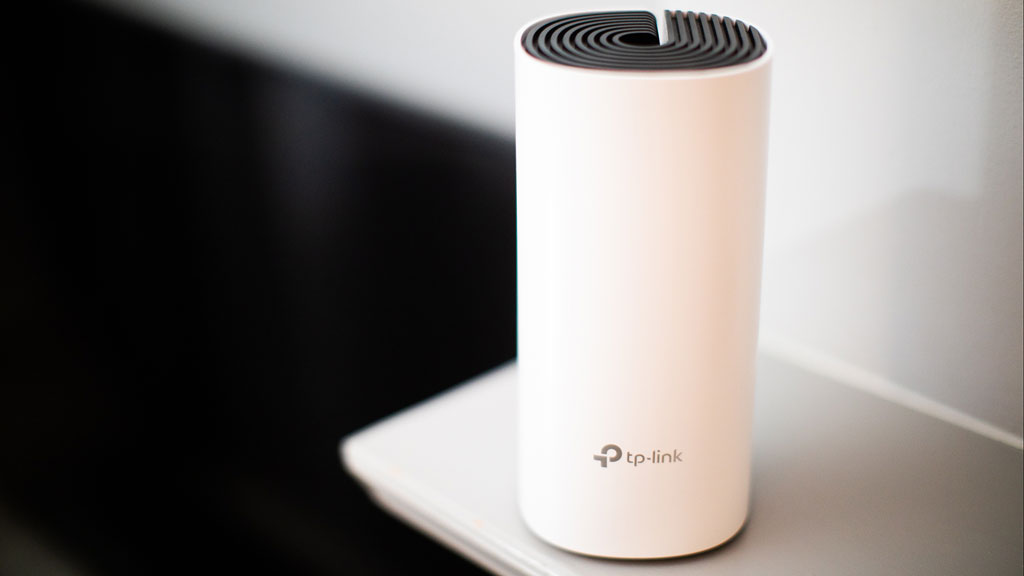 The latest Deco P9 Whole Home Hybrid Mesh Wi-Fi System was launched at IFA this year and TP-Link asked us if we’d like to try one out.

In a happy coincidence a friend was in dire need of improving his wireless network, so it was a great opportunity to test this new hybrid tech whilst giving someone the Christmas gift of a long over-due Wi-Fi upgrade, all courtesy of TP-Link.

This new model is an enhancement to traditional Mesh WiFi systems, which generally use a single base station hard wired to your router, with most or all other access points getting their data link wirelessly from that.

The P9 is ‘Hybrid’ in the sense that, as well as WiFi, it employs AV1000 Powerline technology to transmit data over your home’s existing mains wiring as well.

The Deco P9 combines the intelligence of a mesh network with the functionality of Powerline, (data transmission via the domestic power circuit) so a wireless connection is transported across large distances and through thick walls; eliminating weak signal areas.

The light-weight tube shaped access points pack a Qualcomm Quad-core CPU and TP-Link say these 3 WAPs can provide WiFi coverage of up to 6,000 square feet and support 802.11ac for up to 100 devices.

As is the norm these days, setup is carried out using a smartphone app (Android and iOS). This was one of the best guided setups I’ve ever used, with diagrams and prompts taking us nicely through each step of the process. Well done TP-Link.

We installed the base unit at the ISPs router and connected to one of its Ethernet ports. One of the remote units went into the kitchen while the other one was plugged in upstairs. We then logged into the Sky router and disabled its built-in WiFi. We were up and running in around 30 minutes.

Each WAP has 2 Ethernet ports on board so you can use a cable from them to plug into a PC or Smart TV etc if they don’t have WiFi capabilities.

The Powerline network plus the 2.4 GHz and 5 GHz wireless tech is all combined into a single SSID that covers your entire home. As you roam around the house your devices are handed off seamlessly to the WAP with the highest signal strength.

The app we used to setup the system is now becomes the controller, allowing us to monitor and configure the wireless network and the devices on it.

It’s feature rich and with User Profiles you can tie devices to individuals, set them time limits for Internet access as well as filter their content.

QoS (Quality of Service) can be enabled on a per-device basis. This can be timed, for example, for the next 2 hours, or be on permanently. That’s another nice feature that could allow you, for example, to give your TV priority to stream a tricky 4K movie for a couple of hours leaving the kids downloads progressing slightly slower.

Bad Dad can also pause the Internet connection on a user basis until homeworks are complete or the bin is taken out 🙂 You can also check on the sites your kids are regularly visiting and there’s a Guest network facility too.

This was genuinely one of the best setup and installation procedures I’ve seen in recent years. In addition, the 3 WAPs are working flawlessly together and covering this house and eliminating the previous dead spots in the kitchen and dinning room.

We saw speeds increase in other rooms from around 30Mbps too close to 70Mbps. Even the dreaded 2.4 GHz child monitor wasn’t able to spoil the party with 4K YouTube videos playing flawlessly through the Sony Android TV’s WiFi connection.

So if your ISP supplied one-box router and wireless access point ain’t cutting the mustard, give the TP-Link’s Deco P9 a try, we think you’ll love it.