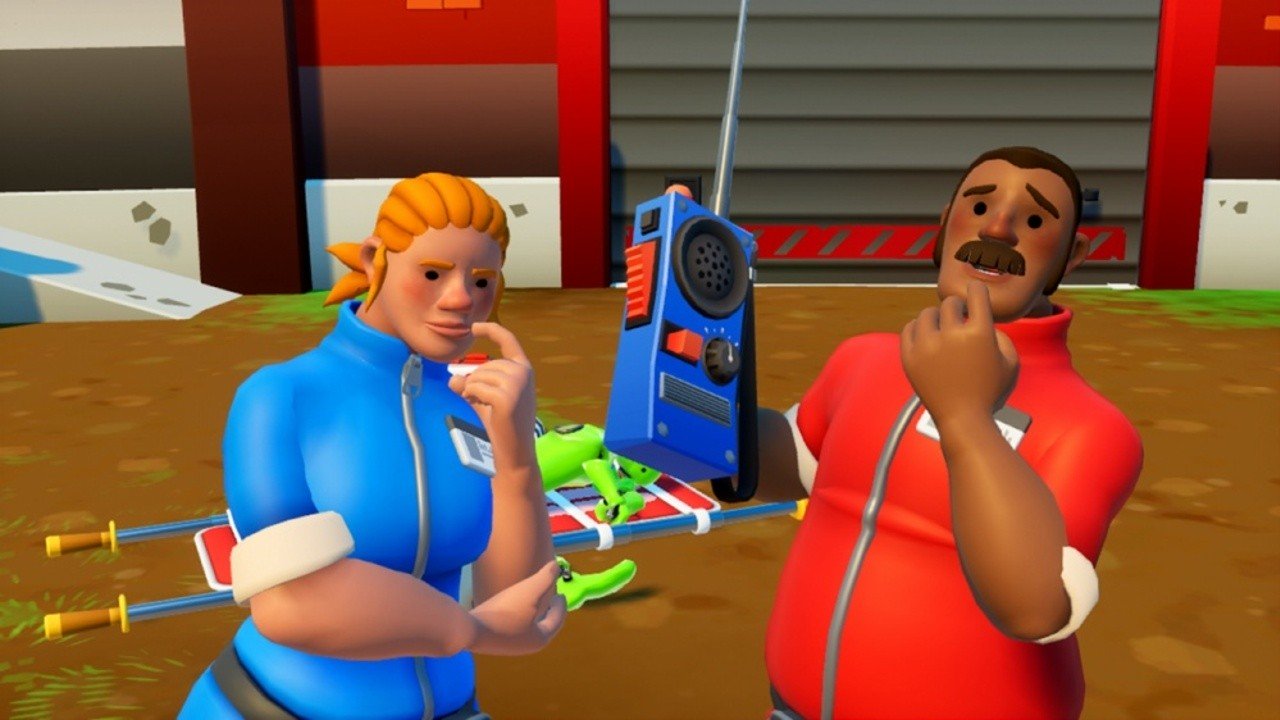 Out of nowhere, Nintendo has released a brand new game on the Switch eShop in Japan. It’s called The Stretchers and is a two-player game where you must drive around and rescue people.

The gameplay is broken up into two components and looks like a combination of Sega’s Crazy Taxi series and the upcoming release Moving Out. The game requires a single Joy-Con per person, meaning friends and family can easily join in.

A two-person rescue team must stay in sync to save the islanders!

The Strechers is set on Green Horn Island, where people spent each day in peace until the self-proclaimed genius Captain Blaine suddenly appeared and hypnotized the islanders to become lightheaded, sending the island into major panic!

Players take on the role of a two-person rescue team called “The Stretchers,” and must respond to rescue calls from around the island to rescue the lightheaded islanders.

The game can be played with one Joy-Con, allowing family and friends to play together via two-player co-op. Additionally, a single player can control both of the rescue team members.

The Stretchers will set you back 2,000 yen. We’ll be sure to let you know if this game makes gets a local release in North America and Europe.