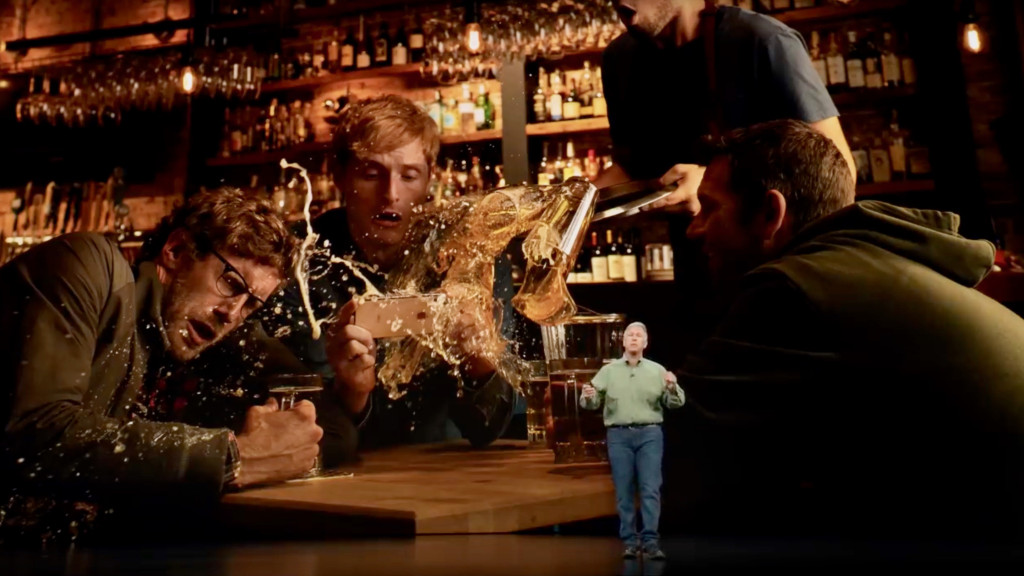 Along with the announcement of upgraded IP68 dust and water protection on the iPhone XS and XS Max, Phil Schiller described a variety of other liquids that Apple tested the device in during the keynote. Now, iFixit is having some fun with those claims with some iPhone beer testing!

Earlier today, we got the detailed teardown from iFixit on the iPhone XS and XS Max. Now, the repair experts are having some light-hearted fun with by testing some of Apple’s claims to the limit.

During the keynote event, Phil Schiller mentioned all the ways Apple tested the new IP68 rating.

And the team tested in many different liquids, in chlorinated water, salt water, orange juice, tea, wine, even beer. And this is some of the most fun, intense testing we get to do at Apple.

Officially, IP68 is described as being dust tight and “suitable for continuous immersion in water under conditions which shall be specified by the manufacturer.” Apple says iPhone XS can handle a “maximum depth of 2 meters up to 30 minutes.”

While Apple still uses the term “water-resistant” instead of waterproof and doesn’t officially cover water damage, they often under-promise and over-deliver with IP device ratings. For example an iPhone X with IP67 survived two weeks in a river.

In any case, iFixit is currently running a fun live test on YouTube with some funky jams to see how long an iPhone XS Max will last in 2m of beer. At the time of writing it has survived just over four times the 30 minute rating as it has crossed the two-hour threshold.

How long do you think it will last? Give a guess in the poll and comments, and check out the live feed below!