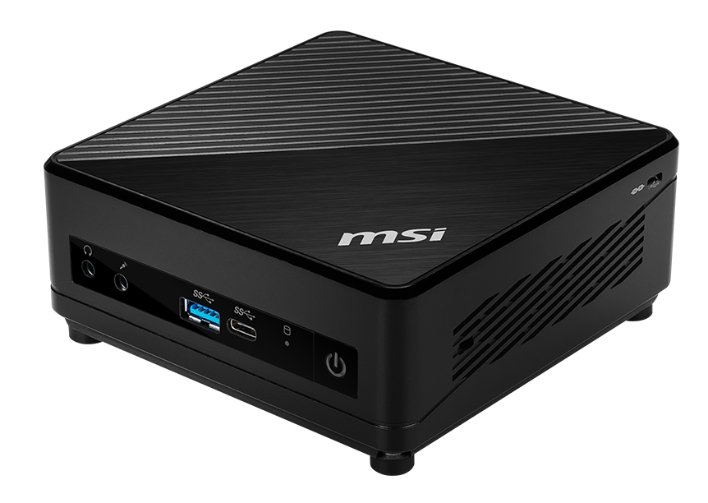 Intel might have new Frost Canyon NUCs waiting in the wings, but MSI is ready to deliver right now with the latest update to its Cubi family of small form factor PCs. The newest entry is the Cubi 5 10M, which is backed by Intel’s 10th generation Comet Lake processors.

Like Intel’s NUC family, the Cubi 5 10M is diminutive in stature, measuring just 4.9″ x 4.9″ x 2.1″. Access to the inside of the PC is made possible by four screws on the bottom of the chassis; after which the entire bottom panel can be removed. From there, you’ll have direct access to install a 2.5-inch HDD/SSD, or an M.2 SSD. Both SO-DIMM (DDR4-2666 supported up to 64GB) slots are also directly available for the end-user to easily reach. As we stated earlier, this is a Comet Lake-U based system equipped with up to a Core i7 processors. Although MSI doesn’t specify the processor lineup available, we’d assume that it would similar to that of the Intel NUC, which can be configured with these CPUs:

As for port selection, this is what you’ll find on the Cubi 5 10M:

With respect to wireless connectivity, MSI offers either an Intel Wireless AC 9462 (Wi-Fi 5) or Intel Wireless AX201 (Wi-Fi 6). At this point, we don’t have any information on pricing or availability for the Cubi 5 10M, but have reached out to MSI for additional clarification.