SimplyNUC, a maker of ultra-compact form-factor (UCFF) PCs, has introduced its first PCs that use AMD’s Ryzen Embedded processors. The Sequoia units are rugged commercial systems designed for applications like edge data analytics, electronic kiosks, and digital signage that can withstand up to 95% of relative humidity as well as temperatures as high as 60°C. 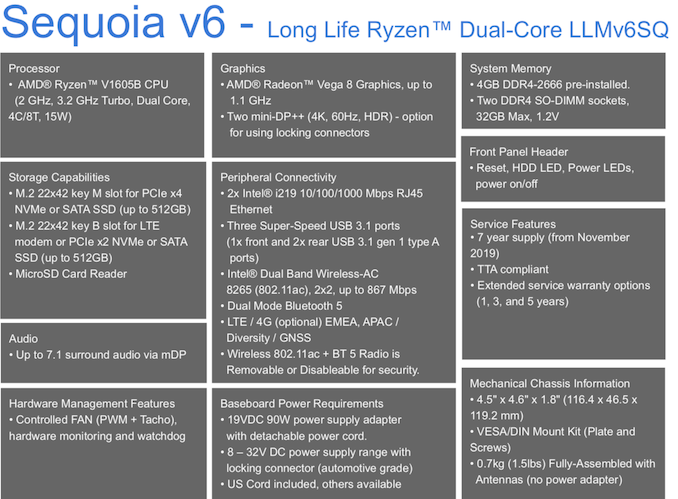 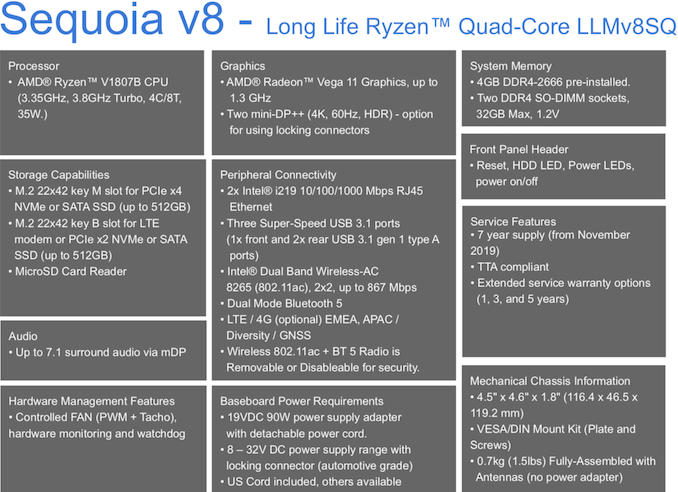 When sold in default configurations, SimplyNUC’s Sequoia v6 will cost £445, whereas the Sequoia v8 is to be priced at £560. Since we are talking about embedded systems, the manufacturer guarantees a seven-year supply for the computers (starting from November 2019) and will offer them with warranty options of up to five years.