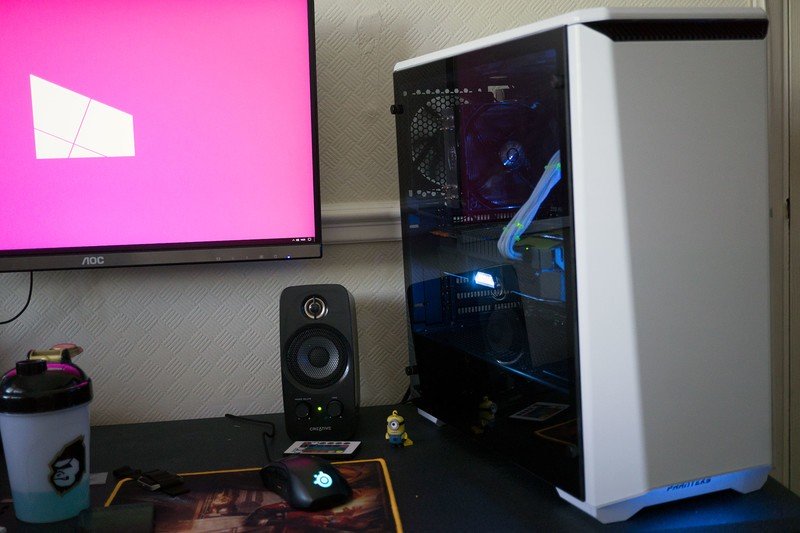 Building your own PC from scratch is a great way to save money, allowing you to choose all your own parts and learn or improve skills in the process. We’ve rounded up all the components you’ll need to build your own gaming PC for less than $800. We chose the new H510 from NZXT to house all our goodies, but it’s possible to save yet more on this build and opt for a true budget case. The H510 is excellent for the side glass panel, USB Type-C port, and excellent cable management. Not to mention, you get a case from the leading brand at an affordable price. Sure, this may be the Ryzen 3 3200G, but don’t let it fool you into thinking it’s not a capable processor. You’ve got a quad-core CPU with integrated Radeon Vega 8 GPU that isn’t a slouch neither. This lets you crack on with a few games without even picking up a dedicated GPU. The GTX 1660 isn’t the best GPU around, nowhere near, but it’s a great value GPU if you’re on a tight budget. You should always spend as much as you can on a GPU, so you don’t have to upgrade as quickly when you eventually desire better performance or pick up a new display. This card should handle 1080p gaming without issue. Most PSUs from reputable companies tend to be of high quality and are worth the money, but you shouldn’t cut corners (or save too much money) when it comes to the power supply. This 650W unit from EVGA is a reliable option with a 10-year warranty. It’s fully modular and works well with the NZXT H500i case for effective cable management. Again, with the motherboard, you can choose from various manufacturers, and it generally won’t matter aside from some features, design, and personal preference (as well as support for 3000 Ryzen CPUs). It’s best to go for a motherboard with the B450 chipset though, as the cheaper A-series doesn’t support overclocking and other handy features like CrossFire (the B450 chipset does not support SLI, so you’ll need the X470/X570 for that).

When buying RAM, it’s important to consider speed, capacity, and timings, but generally, you’ll be fine with the majority of modules from reputable brands. We opted for 16GB from Corsair since that’s what we recommend for gaming on Windows 10. This 16GB kit with two 8GB modules is also great for our Ryzen CPU. Samsung’s 970 EVO Plus M.2 SSDs are incredibly fast. The read and write times for this 250GB module are 3,500MB/s and 3,300 MB/s, respectively. It’s better to install your Windows 10 OS and all programs on this drive for optimal performance. This M.2 SSD is also incredibly reliable, with up to 600TB of data endurance. This is an optional purchase, simply because you’ll be forking out some more pennies for a 1TB SSD at the very least. Games require more space than ever, and nothing comes close to mechanical drives in terms of value. Since we’re not relying on this unit for the OS and software, everything will still feel relatively snappy. And you’re only paying just $0.04 per GB, as opposed to $0.50 with the SSD — a notable difference.

Our collection of components is compatible with one another and total less than $800, allowing you to set a budget and stick to it. There are even areas where you’d be able to swap out our recommendations for less-expensive options if you don’t mind losing some form of functionality, further saving money.

This PC build would be able to play most games available today at 1080p on medium to high settings, and even a few titles at 1440p if you don’t mind turning down a few in-game options. Who said building a PC was an expensive endeavor?