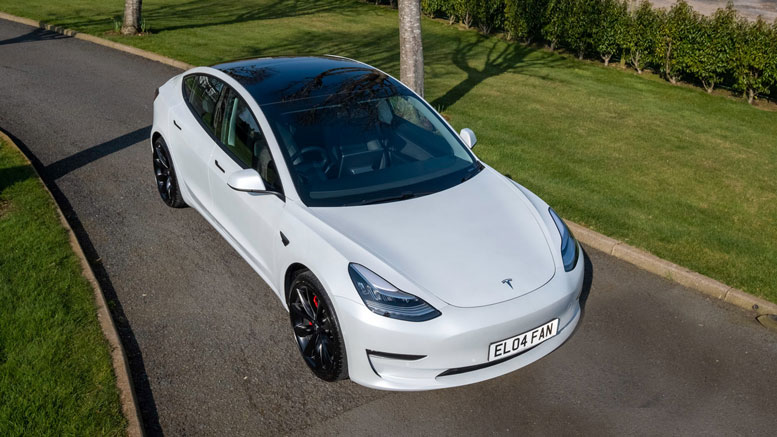 On this day last year I picked up my Model 3.

A few months later I wrote nearly five and a half thousands words on the car. So, after my first full year in the Tesla, is it still as good as it seemed in that review 12 months ago.

Well, no. Because it’s BETTER.

Better because of the improvements and new features that just keep coming with every over the air software update.

As an example, the built in dash cam previously employed 3 cameras and had no playback facility. Now it’s using a 4th camera and allows you to watch clips on the cars screen.

Speaking of the screen, last Autumns big v10 update added Netflix and YouTube support so you’re never bored while waiting in the car.

Voice control got a big update and after a false start or two it’s now possible to trigger many actions by speech, from opening the glovebox to the ‘My butt is cold’ command.

There’s also been a major update to the regen system that means the car now has an even more clever one-pedal driving setup, right down to 0mph.

Auto pilot is now recognising traffic lights, cones, stop signs and road markings as it develops with each new release.

Tesla’s ‘Battery Day’ has been pushed out to September now and it’s widely rumoured that this will be used to launch the new ‘million mile’ battery pack version of the car.

There haven’t been many (any?) major hardware updates that I know of in the last year. It would certainly be good to see the Model 3 gain the heat pump from the Model Y.

Speaking of the lack of a heat pump, that was noticeable over the winter. It wasn’t a particularly cold one but the range still suffered. I never really got it on a decent run to test the car properly in cold weather.

In fact the last 3,000 miles or so have almost exclusively been short runs of less than 5 miles which are of course very inefficient. I’d say on these short journeys, heating the car from its battery and then driving with the heater on full blast, in the cold and wet, the range could get down to around 140 miles.

With the car hardly travelling any distance over the last 3 months of lock down it has covered just 6,755 miles in its first year at 287 Wh/mile. That means that missing out on all that warmer Spring / Summer driving the car has averaged 3.5 miles per kWh. I feel it would have been more like 4.0 in a normal year.

Using £0.17 per unit that equates to £330 for the entire years ‘fuel’, or around 4.8p per mile. In reality it’s less than that as I’ve availed of the (still) free public charger network in Northern Ireland. Also once we’re into the new house and on a night time rate for charging, that will drop to more like 2.5p per mile.

I, like many other owners, wrote to my MP over the £320 road tax (VED) that was to be paid on the Model 3. While the replies were all strikingly similar and dismissive, the message must have got through because at the last budget this was reversed and now the Model 3 costs £0.00 per year. And that means a huge £1,600 saving over years 2 to 6.

My second years insurance premium has just been paid and is the same as last year to the penny at £360.64 (the Leaf was over £400). I’ve started paying the £9.99 per month for the ‘Premium Connectivity’ so my SR+ has the same maps, streaming music and video services as the Long Range and Performance Model 3s.

Of the gripes I had with the car in the original review, it still “regularly shits itself and jump on the brakes” as I put it back then. This continues to be the most annoying aspect of ownership for me. I like to put cruise on in 30 and 40 mph zones and the car often jumps on the brakes for little or no reason.

The door handles still confuse everyone but the Auto wipers have had a major software update and work much better now.

The biggest new issue I’ve had with the car lately is its loss of LTE / 4G connection. This happens increasingly regularly and can last for up to a day at a time. With the great news that Belfast is getting its own Tesla Service Centre soon, at least it will be easier to take in for a check.

I cannot think of any other issues really that are significant. And I’m pleased to report there are still no squeaks or rattles in the car.

Thanks to the all the people that ordered a Tesla through my referral link (mark40609) I had 20,000 free Supercharger miles. But without a single Supercharger in Northern Ireland still, I’m watching them gradually expire without being able to use them.

Hopefully the progress on the Belfast Service Centre also means the Supercharger near Lisburn that has shown on their map as ‘coming soon’ for several years now will soon follow.

It’s just 8 years ago this month that Tesla started to deliver their first volume car, the Model S. Tesla’s share price peaked a week or two back and made it the most valuable car maker in the world. More valuable than Mercedes-Benz, BMW, and Volkswagen put together. Progress has been incredible and only a genius full of blind optimism and raging drive to succeed could have pulled it off.

It’s a cliché but it’s true to say that driving a piston car after a Tesla feels like going from your iPhone back to a Nokia. Reading back over my review a year on, my feelings haven’t change and I can’t improve on my original bottom line from then.