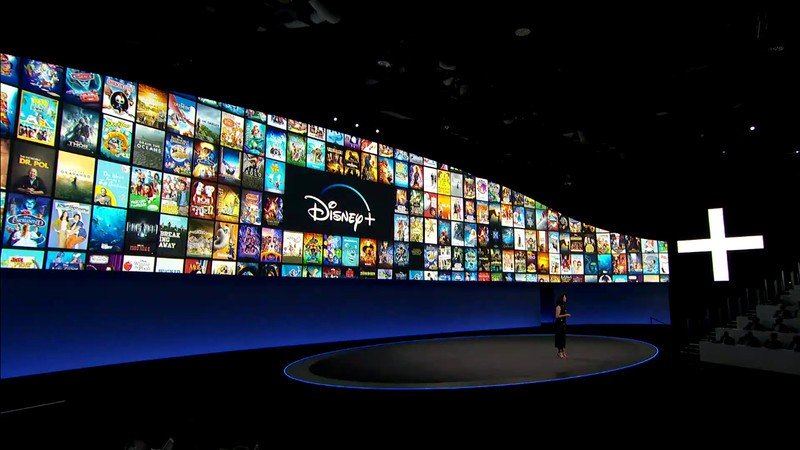 November 12 is almost here and I can practically taste the pixie dust. Showcasing dozens of original shows and films — as well as hundreds of movies and thousands of TV episodes from the Disney vault — Disney+ may be one of the most highly anticipated streaming services of the decade.

Here’s everything you need to know about Disney’s new streaming service!

The wait is almost over

Disney is finally bringing all of its content under one roof for streaming, after years of it being split on half a dozen services. Disney+ will feature original content as well as timeless classics from Disney, Star Wars, National Geographic, Marvel, Disney Channel, and Fox.

When and where is Disney+ coming?

These are the confirmed countries Disney+ is launching in this year:

Disney does intend to launch Disney+ globally in dozens of countries in the next two years, and gave us a tentative timeline during Investor Day back in April. These dates are very vague and subject to change because media and streaming laws vary from country to country and need to be navigated and negotiated by Disney’s fleet of lawyers before Disney+ can launch there:

There will also be differences in available content between countries — for instance, French law forbids theatrically-released films from being put on a streaming service in that country for three years, so don’t expect to see Endgame on Disney+ in France until 2021.

How much will Disney+ cost and can I bundle it with Disney’s other services?

The pricing of Disney+ varies a bit from country, but in all of the countries that Disney+ is launching in, you can save yourself a few bucks by opting for the annual billing rate rather than the monthly billing. One account can have up to four streams going at one time and up to seven profiles on the account, so you probably won’t need to shell out for multiple accounts in one family.

Disney has also announced a bundle option that will give users Disney+, ESPN+, and ad-supported Hulu for $12.99/month, though unfortunately, it sounds like if you opt for this bundle, you will not be able to upgrade to commercial-free Hulu without breaking the discount.

If you have a Verizon unlimited plan, you’re also getting a year of free Disney+ thanks to a promotion they’re calling “Disney+ on Us. You’ll be able to sign up for your free year once instructions are sent to you on November 12, and if you’d already taken advantage of the D23 3-year subscriptions, congratulations, you’ll be able to stack promotions and get four years for the price of two. Oh, how I envy you!

As stated above, you can have 4 streams going at once on one Disney+ account and up to 7 user profiles, which should be enough for most families. As Disney+ is a family service, and as such parental and data controls are paramount. We know that Disney+ will have profile-based parental controls to help keep children out of some of the service’s more mature content.

During Investor Day, it was repeatedly said that Disney+ would have no restrictions on downloads, but alas, that was a bit too good to be true. You will be able to download any and all the Disney+ content you want for offline viewing, but only on up to 10 devices per account. For a single user — or even a couple — this shouldn’t be a problem, but families will need to be mindful of how many devices they download content on.

There is no device limit for streaming, only for downloaded content, so this means that most families shouldn’t run into problems streaming their favorite movies at home even if they hit the offline limit.

What platforms will Disney+ be available on?

As you’d expect of a streaming platform with Disney behind it, Disney+ is going to be available on a wide variety of platforms:

During the November 2019 Investor Call, Disney announced that it had reached distribution agreements with Amazon, Samsung, LG, Apple, and Microsoft so that at launch, Disney+ apps would be available for Amazon Fire TV, Samsung smart TVs, and LG smart TVs.

Disney has prided itself on its Vault of extensive content for decades, and while the Vault strategy was starting to decay in the digital age, Disney+ will reap most of its rewards by boasting most of the Disney+ vault as well as an impressive array of content from Marvel, Lucasfilm, Fox, and National Geographic. At launch, Disney+ will have about 500 films and over 7,500 TV episodes, and thanks to a truly ridiculous tweet-bomb in mid-October, we now know what all of those films and shows will be:

The layout for Disney+’s app is fairly standard and easy to navigate, and it sports a beautiful dark theme! (Woo-hoo!) You can browse by studio, content type, year, Disney+ exclusives can be browsed in a dedicated tab, and you can curate content through your Watchlist.

You can swap between profiles and manage children’s content settings through the app. There’s also a Downloads section for easily accessing and managing your offline content. We saw examples of the app on a smart TV, tablet, and phone, and the layout seems quite responsive between platforms.

The wait is almost over

Disney is finally bringing all of its content under one roof for streaming, after years of it being split on half a dozen services. Disney+ will feature original content as well as timeless classics from Disney, Star Wars, National Geographic, Marvel, Disney Channel, and Fox.