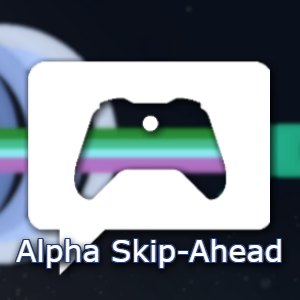 Thank you for being part of Alpha Skip-Ahead! For more information regarding the Xbox One Update preview rings, check out our blog post here.