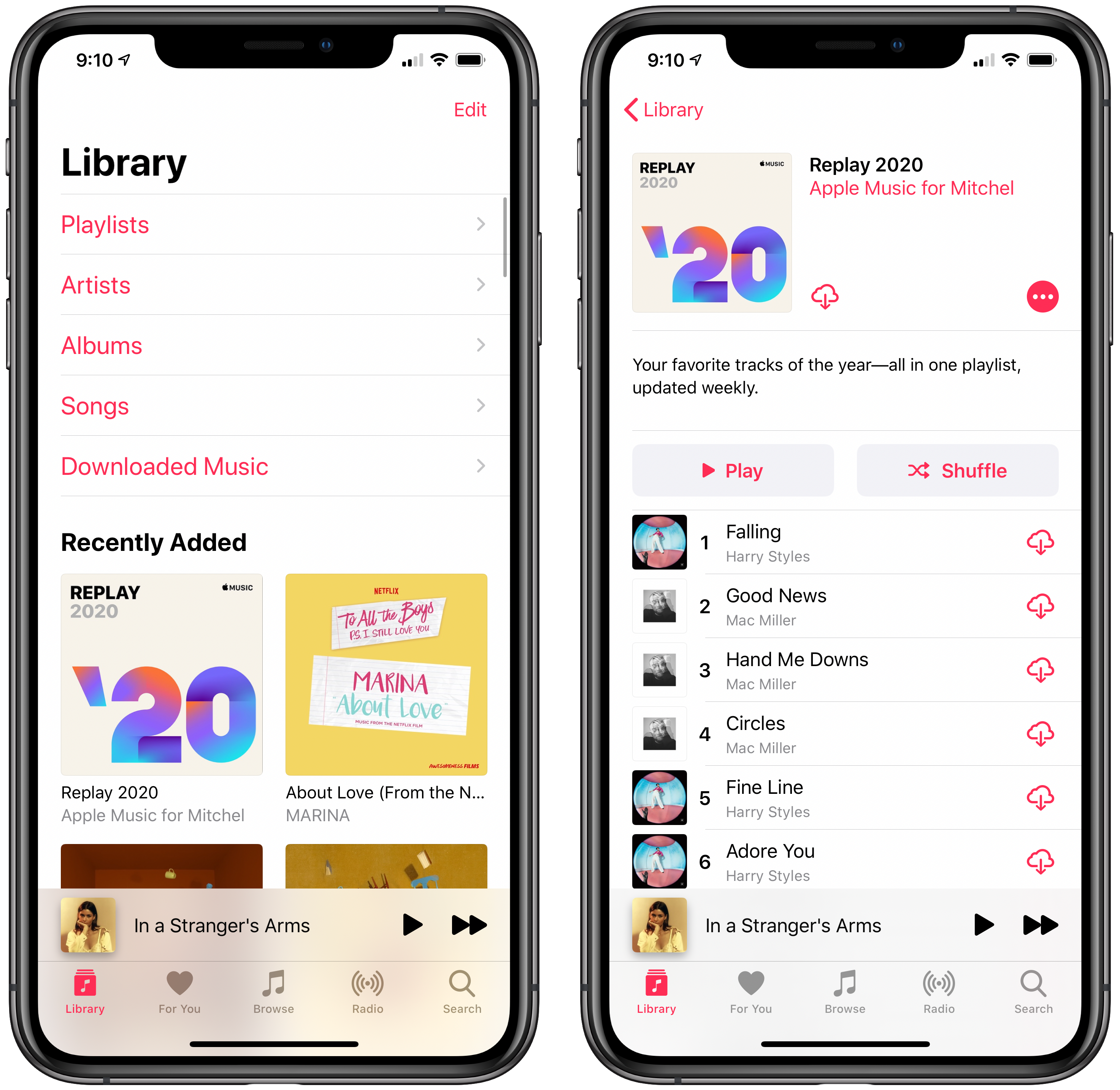 Last November, Apple launched new “Replay” playlists within Apple Music, letting its subscribers discover which songs they listened the most to every year they’ve been using ‌Apple Music‌. At the time of the announcement, the company said that users would be able to track their listening habits throughout 2020, and now it has made the “Replay 2020” playlist available to add to your ‌Apple Music‌ library (via Federico Viticci on Twitter). To do so, head to Apple Music on the web to get your Replays, then scroll all the way down on the page to find the yearly Replay playlists. “2020 Replay” should be the first one you see, and you can add it to your library by clicking “Add.” Afterwards, the playlist will appear on ‌Apple Music‌ across your Apple devices, and as you listen to music throughout the year, new songs will rise up to the top of the playlists, and songs you don’t listen to as much will descend. Up to 100 songs will eventually occupy “2020 Replay” by the year’s end.

These Replay playlists are Apple’s response to Spotify Wrapped, which provides Spotify users with interesting stats on who their most listened to artists, songs, genres, and more were throughout the year. ‌Apple Music‌ Replay is a bit more straightforward, listing your top 100 favorite songs of each year, but you can find more about your favorite albums and artists on ‌Apple Music‌ on the web. ‌Apple Music‌’s ability to showcase your top music from each specific year is also an advantage over Spotify Wrapped.

‌Apple Music‌‌ subscribers can access Apple Music Replay on the web and add the playlists to iOS or Mac devices. At one point, Replay was available directly from the ‌Apple Music‌ app on iOS (on the Browse tab), but this was only a temporary feature highlighting the end of 2019.