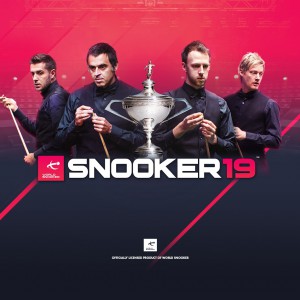 Can you believe it’s been almost a decade since there was an official World Snooker game? Games have advanced a lot in that time and we’ve been itching to bring snooker back for this generation, harnessing the full power of Xbox One and enhanced for Xbox One X to make it bigger and better than ever!

We’re really proud to be bringing snooker back to the fans this year with Snooker 19 and today I have the honour of sharing the the very first gameplay trailer with you, which shows a taste of what you can expect from the sport we absolutely love when the game launches later this Spring.

We’ve been working on Snooker 19 in close partnership and collaboration with the sport’s officiating body; World Snooker. All the official tournaments, venues and sponsors feature, and best of all the development team at Lab42 have 3D scanned and recreated all 128 professional players to compete as or against. That’s never been achieved before! Take to the table as your favourite pro player including Ronnie O’Sullivan, Judd Trump, and world number one Mark Selby, or take your shot as a hall of fame legend such as Jimmy White or Peter Ebdon.

The attention to detail in Snooker 19 is breathtaking, and Lab42 have worked painstakingly to create a true-to-life simulation of the sport. To create the Star Xingpai tournament tables that you will play on at every official World Snooker event, we deconstructed a real life table and re-modeled it using Unreal engine to ensure the level of incredible detail that we are striving for. Even the baize was modelled using real cloth provided by World Snooker and all arenas were mapped using official floorplans and reference images.

At the core of the game is the true-to-life ball physics engine we’ve built from the ground up to play, swerve, top and back-spin and canons to an astonishing degree or real-world accuracy, resulting in relentlessly satisfying cue ball control for potting and positional play. There are four different aiming aid settings for this, meaning that this simulation is accessible to everyone from total novice to intense expert, and of course that’s just the core.

Wrapped around the core simulation are three variants of snooker: Traditional, Six Red (punchier, less tactical), and Shoot Out (fast, intense games against the clock). We also have two different career modes: Pro Season, where you start a career as any established pro including the superstars, and Rising Star where you take the role of a up and coming player to rise up the rankings. Both follow the real World Snooker calendar, and so do online tournaments. You can also play quick VS matches, online and offline, matchmaking with players based on your skill or creating your own events with your friends. All modes also reward you with personalisation and customisation options for your pro, including outfits and cues.

We’ve been playing a lot of Snooker 19 in the studio and I’m really proud of how it’s coming together as we get ready to release it to the world. I can’t wait for you to get to play it yourself when it launches this Spring on Xbox One. In the meantime, keep up to speed with all the latest news and developments as they happen at snooker19.com and over on Twitter.