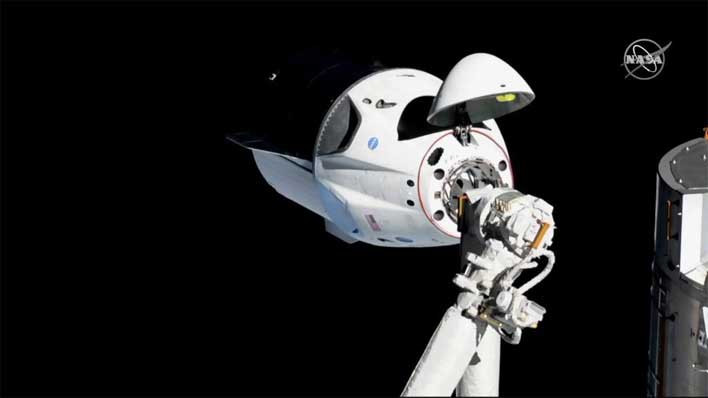 The U.S. has been unable to send astronauts into orbit on its own since the space shuttle fleet was decommissioned 8 years ago. Rather than develop a new government program for putting Americans into space, NASA has been buying seats on Russian rockets. America is going to regain its ability to put men and women into space in part thanks to civilian companies like SpaceX, whose Crew Dragon capsule is almost ready for primetime.

NASA developed the Commercial Crew Program and has been looking to private companies to take astronauts into space. It did the same thing with plans to get supplies to and from the ISS, and SpaceX has been a major part of that program. SpaceX CEO Elon Musk and NASA head Jim Bridenstine has said that the Crew Dragon capsule is now nearly ready for duty.

Bridenstine says that the first quarter of 2020, which is January through March, is a realistic goal for the SpaceX Demo-2 mission. This could be the flight that takes NASA astronauts Doug Hurley and Bob Behnken to the ISS. NASA has stated that operational, contracted ISS missions would then follow.

Bridenstine was clear that the timeline for crewed missions would only hold if things went according to plans with the Crew Dragon capsule development. SpaceX launched its first uncrewed Crew Dragon capsule in March, but in April, further tests on that vehicle failed, and the capsule was destroyed in an explosion. As a result of that failed test of the Crew Dragon abort propulsion system, necessary hardware has since been redesigned. The testing of the new design will begin in the coming weeks.

SpaceX is also working on the capsule parachute system and is set to start testing a new Mark 3 parachute design. The new design is said to have stronger lines and a better load-distribution stitching pattern. The Mark 3 system needs to be tested and certified. SpaceX competitor, Boeing, is set to have its crew capsule, called the Starliner, head to the ISS for its first uncrewed mission in mid-December.