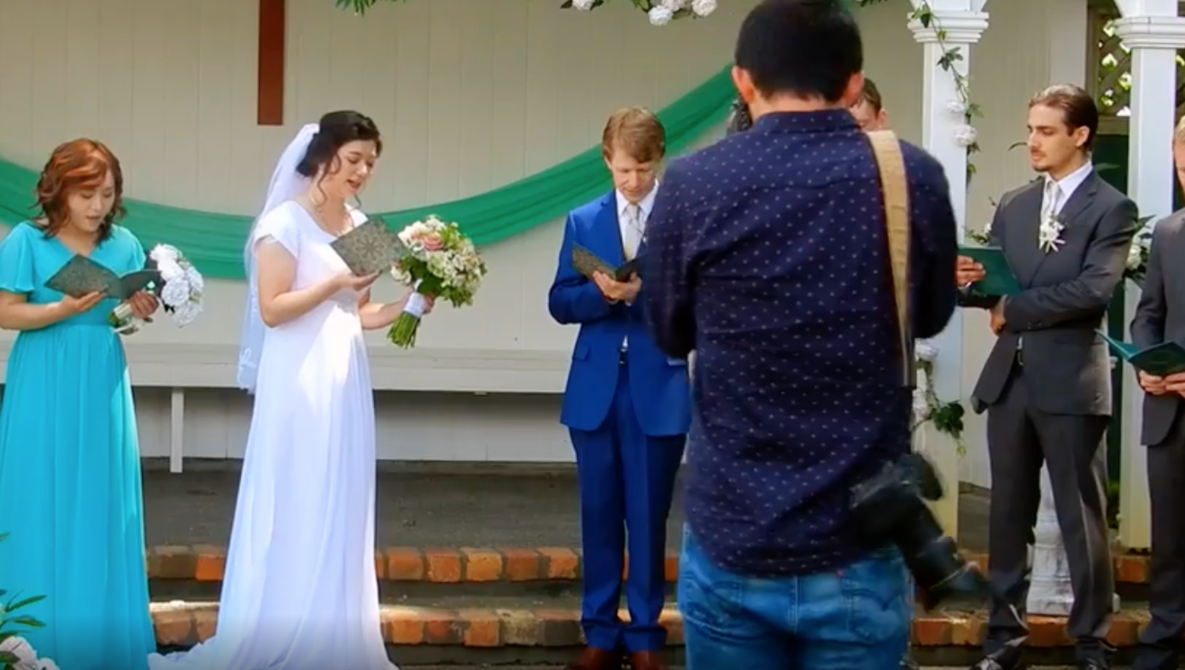 A couple who spent $4,000 ($2,500 US) dollars on their dream wedding photographer were left shocked upon receiving the pictures of their big day back, as it became apparent the bride had been slimmed down in all of the images. The photos were retouched to slim down her face, arms, and breasts.

The newlywed Leathwicks, based in New Zealand, hired photographer Mike Sheng to take pictures of their wedding in November last year. They tell TVNZ’s Fair Go channel that on the day, everything went as planned.

However, upon downloading their images, the pair noticed that while groom Andrew was mostly untouched, bride Irene had been digitally manipulated; her figure was smaller, her waist pulled in. Recalling the moment she first saw the photos, she quotes herself as saying to her husband: “I haven’t been that skinny since I was 10.”

The couple claim they had not previously talked about any retouching of that nature with Sheng. Upon contacting him to discuss their unhappiness with the images, they say they were told he had too many clients and didn’t have time to fix the situation. Since then, Sheng has claimed to have deleted all of the original files and says it would take too long to edit the already retouched images. The couple has received two of the final 60 images and have been blocked by Sheng. He also hasn’t responded to any attempts at contact by Fair Go and took down his website, which included false claims about his photographic ranking in New Zealand.