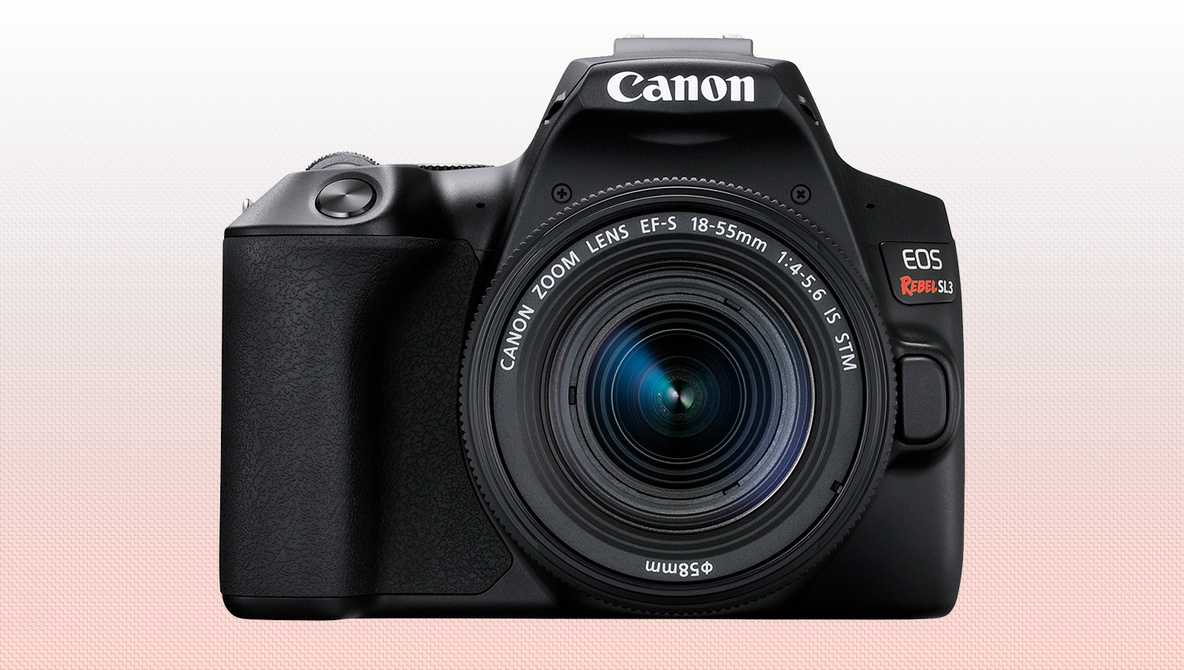 This is the first DSLR in the EOS Rebel lineup to have Dual Pixel AF with Eye Detection through Live View. Eye Detection AF in Live View will work in Servo mode for both stills and movies. With 3,975 selectable autofocus points, Live View has a focus acquisition speed of 0.03 seconds and now has the option to use Spot area autofocus in both AF-S One-Shot and AF-C AI Servo. Spot AF is also available photographing through the optical viewfinder where the EOS Rebel SL3 has nine autofocus points, unchanged from the SL2.

Continuous shooting is possible up to 5 fps through the viewfinder. In Live View, the EOS Rebel SL3 shoots 5 fps in One-Shot AF and 3.5 fps in AI Servo AF.

4K movie recording has finally come to the EOS Rebel series. The camera records up to 4K at 24 fps and will have a 1.6x crop at this resolution. Full HD 1080p video can record up to 60 fps with no frame cropping, and there’s an HDR option that records at 30 fps. There’s also a 4K time-lapse movie mode that can be set to intervals of 1 second to 60 minutes, and record up to 3,600 shots. Frame grabs from movies in camera will output an 8.8-megapixel photo. Digital stabilization can be enabled for video shooting.

The EOS Rebel SL3 uses Canon LP-E17 batteries and is CIPA rated for 1,630 shots through the viewfinder or 350 shots using Live View.

Body only and kit options for the new Canon EOS Rebel SL3.

Making connections to the EOS Rebel SL3 has been made easier with a dedicated menu tab to set up Bluetooth or Wi-Fi and take advantage of Auto Image Transfer when connected to a compatible smartphone.