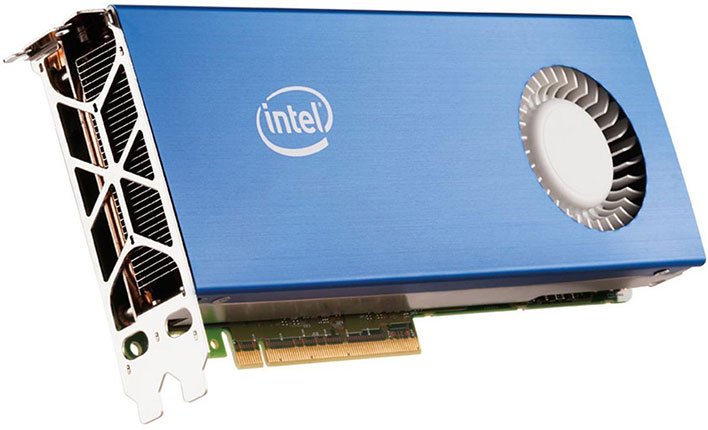 For the first time since it began developing discrete GPUs for the modern era, Intel has powered on a DG1 graphics card it built from the ground up, Intel CEO Bob Swan told investors during a conference call. He dubbed it “an important milestone,” and he’s not wrong, given all that is at stake with Intel’s venture into discrete GPUs.
Technically, this is not Intel’s first foray into the category. Around a decade ago, Intel was busy developing a discrete GPU called Larrabee. It was dogged by delays, though, and Intel quickly pivoted away from its strategy of building Larrabee as a consumer product, and not long after it was scrapped altogether, leaving enthusiasts to wonder ‘what if?’ ever since.
Fast forward to today and we are nearing the answer to that question. Intel has assembled a sort of super team, led by Raja Koduri, the former boss of AMD’s Radeon Technologies Group who oversaw the development of Vega. Several other high profile names have joint Intel in its discrete GPU odyssey, including Jim Keller (worked on Zen at AMD), Tom Petersen (previously served as NVIDIA’s director of technical marketing), and Chris Hook (had been with AMD for almost a decade).

Incidentally, it was Hook who celebrated Intel’s achievement on Twitter, simply (albeit enthusiastically) proclaiming, “It’s alive!”

His short but exciting tweet is in reference to the DG1 being powered on for the very first time. The DG1 is based on Intel’s Xe graphics architecture and presumably built on a 10-nanometer manufacturing process, and is on track to release in 2020. Swan also said Intel is on track to launch a “datacenter focused discrete GPU in 2021” that is based on 7-nanometer manufacturing.

Intel is not focusing solely on the datacenter, though. It plans on releasing discrete GPUs for multiple segments, and that includes gaming. Details are still tough to come by, though, but at least now we know Intel has a working product on its hands.