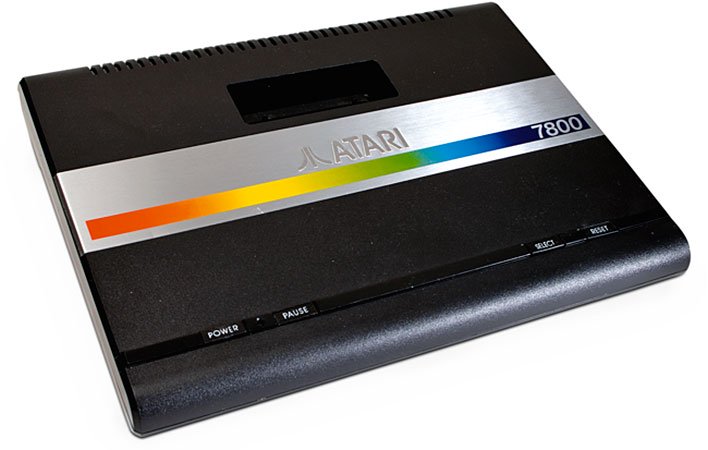 Many vintage Atari documents and projects have been lost to the ages. Thankfully historians, former employees, and hobbyists are working to find and preserve as much as they can. The engineering schematics for the Atari 7800 have been released to the public for the first time. The documents were originally found in a dumpster, but  thankfully have been preserved by the Atari Museum History Project.

The schematics were released by Curt Vendel, a historian at the Atari Museum History Project and the document is 50 pages long, created between 1983 and 1984. It includes information about the TIA-MARIA-STEPHANIE chip. Vendel noted that the documents could potentially be used for other projects, but there is a memory hole error in schematics. The Atari 7800 was released in May 1986 and was the first console to feature backwards compatibility without any additions. The console was originally announced in May 1984, but was delayed due to the company’s financial issues. Interestingly, many of the pages of the recently released documents are dated May 17, 1984 and appear to have been compiled shortly before the Atari 7800 was announced.

I have just posted all of the sheets up for the TIA-MARIA-STEPHANIE chip. Now a work of caution, there is a memory hole error in these schematics, so if anyone plans to do some VHDL work please keep this in mind.https://t.co/3hMzMoyaRx

The schematics have been preserved by the Atari Museum, which was formerly founded in 1997 and its purpose is to collect and preserve the paperwork, memo’s, hardware data, engineering logs, software and hardware that are all associated with Atari. The museum argues that Atari once used to be a household name, but much of the company’s history is disappearing as time goes on.

Others are working on breathing a second life into Atari consoles and building new ones. Pre-production for a new Atari VCS is currently underway. New photos of the console indicate that it will contain a AMD Ryzen APU, 2x USB 3.0 ports, 1x HDMI port, power connector, M.2 slot, and 8GB of DDR4.

The updated Atari VCS is supposed to launch in spring 2020, but there appears to be trouble in paradise. The Atari VCS lead architect recently quit and claims that they had not been paid in six months. At this point, it seems unlikely that the console will be ready by its launch date.