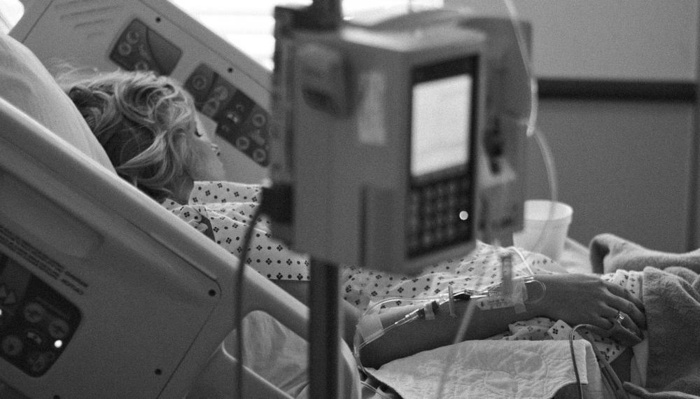 There are only two things certain in life, as the saying goes: taxes and death. For something so certain, modern society has difficulty with understanding, and dealing with, our own mortality. So why is photographing death such a taboo subject?

As a photographer, when I think of death and photography, two areas spring to mind. The first is the work of Weegee (real name Arthur Fellig) who was a news photographer in New York in the 1930s and 1940s. His nickname stemmed from his innate ability to be the first at a news scene (and deriving from a Ouija board). His photographs were often gratuitously graphic, featuring tenement occupants precariously trapped by raging fire or homicide victims lying lifeless on the sidewalk. I suspect the more graphic they were, the better his freelance sales became.

The other area is the memento mori work of Victorian photographers. Death was commonplace in the hard and uncompromising world of 1800s England. Indeed, the infamous cholera outbreak of 1854 was so virulent that it could be as little as 48 hours between contracting the disease and death. Life was precious, however death was common. As a result the deceased were commemorated and celebrated, including photographing them after death so that their image could become immortal. The rise in memento mori coincided with the birth of photography and what better application of a permanent photographic record could there be than of the dead? They might seem a little grisly, even ghoulish, to us today, but they served a specific purpose and social need. The image below shows the Dalton Gang and how memento mori could be used as a warning to others. 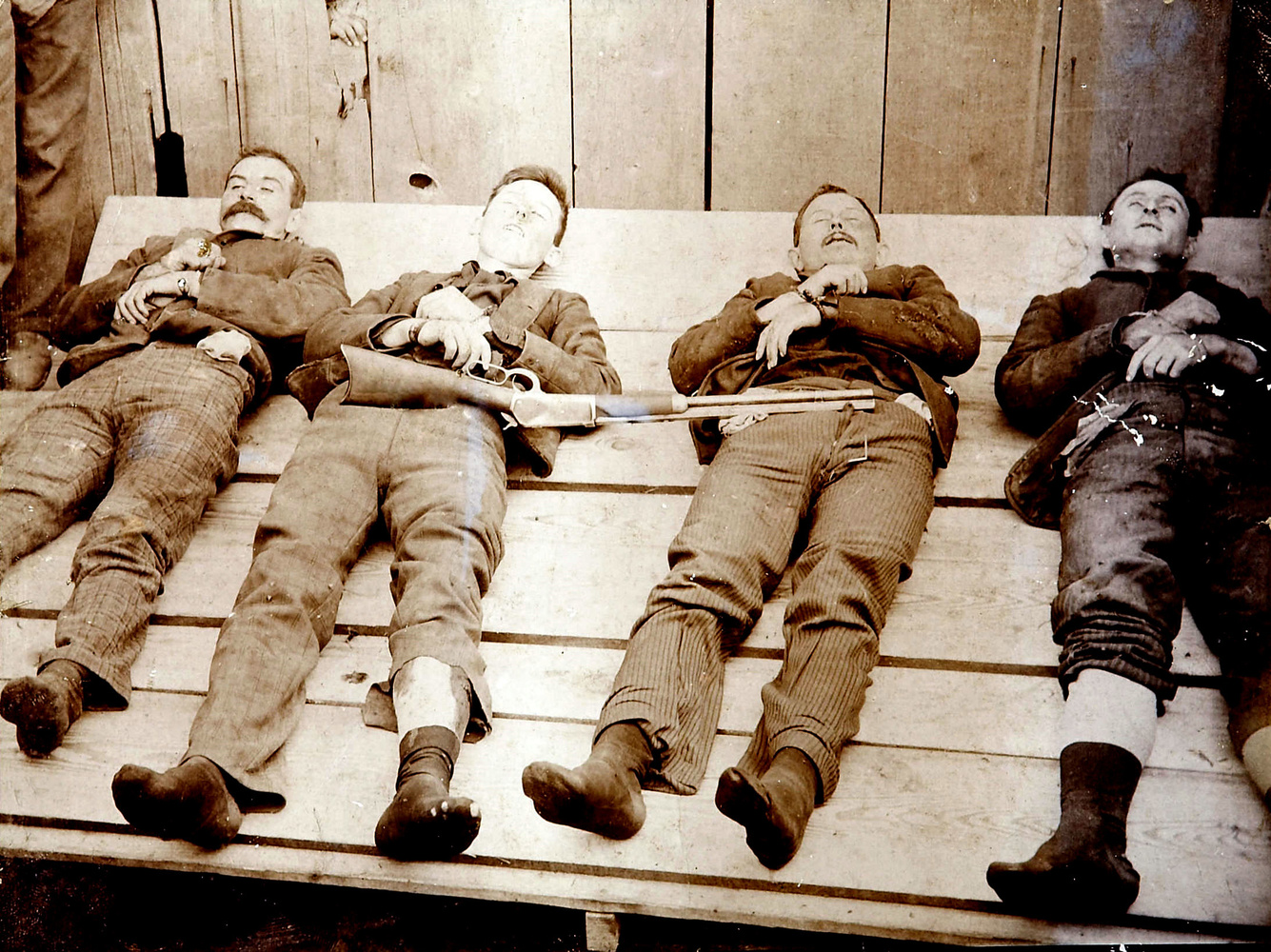 Photographing death has been in the headlines for the wrong reasons, mostly due to the increasingly problematic intersection with social media. Whilst we may disapprove of taking pictures of the dead, for example at crash scenes, that disapproval turns in to a criminal offense in the UK when you post them on social media as they fall foul of laws governing decency. The blaze at the Grenfell tower block in London tragically claimed the lives of 72 occupants. Omega Mwaikambo photographed one body on return to his nearby flat. He crossed the (legal) line by posting them on Facebook and, after being reported by a press photographer, received a three month custodial sentence for distributing indecent images. When asked why, he said he was simply on autopilot. Social media was just a part of his day.

The BBC explored a recent preponderance with photographing crash scenes which seems to be increasing in frequency. Social media is often the culprit because it is classified as media distribution. Whilst users often treat discussion in the way they would a chat in a bar or pub, the reach of electronic communication has ramifications far beyond a disapproving look from your friends. More than ever, it’s important to think before you open your mouth (or post your thoughts online).

Of course many of these discussions are not new and, returning to where we started with Weegee, it is common for news photographers to cover tragic events. Robert Capa’s famous image of a fallen soldier in the Spanish Civil war is iconic in the genre, as is Don McCullin’s image of a North Vietnamese soldier. Eddie Jones’ set of images of an execution in Saigon is shocking for the immediacy of the imagery, whilst Father Alec Reid administering the last rites to a soldier during the Troubles in Northern Ireland is equally graphic.

Today many news outlets will not use graphic imagery (or a least provide a warning) and journalists continually face the moral dilemma of covering a news story where their intervention could aid the people involved. Something that the BBC article failed to address is that society seems to have an innate desire to view the bizarre and shocking. Just look at the advertising on any website to see the reams of click bait that you are tempted with. The World Press Photo plays to this trope with winning photos often placed on the basis of impact: just remind yourself of the murder of the Russian Ambassador to Turkey or a protestor in Venezuela ablaze.

These are fantastical and shocking images, yet our interpretation of meaning often comes down to intent. Why were the photos taken and how were they used? A news photographer covering conflict in the Middle East for the Washington Post has significantly different intentions to those of a bystander posting crash scene images on Facebook. Of course, that bipartite split doesn’t really address the likes of Weegee where the images were sold based on their shock value.

What the above implies is that death is a violent and instantaneous occurrence. In a medical sense it is, but for the individual, their families, and wider society it is perhaps more helpful to think of death as a transition from life. For some this can be rapid and those left behind feel a keen pain as a result. However many more deaths are slow, occurring over days, months, or years with the final moments a gradual fading away. In these situations photographers may choose to document an individual over a long period of time. This may be by a close relative, such as in the case of Celine Marchbank with her documentary work following the impact of cancer upon her mother.

When death finally comes we are again faced with the same legal dilemma of photographing the dead. It some ways it seems strange, that in the final stages of life you can photograph the living, but as soon as they have passed over that threshold an image of them becomes indecent. Not because of the individual, but rather those who may find offense in a photo of them. Yet there is a compelling desire to photograph, particularly when they are a close relative. I felt this compulsion after my father died of a heart attack. He lay there in the hospital, the body giving all outward appearances of life exactly as he was the last time I saw him. He looked asleep. The compulsion came from knowing that he had died, but also that this was the last time I would see him in near-life.

For this reason I completely understand the desire for those that lose a newborn to have a photograph, as a family, in near-life. It is traumatic for all involved and so the work of Remember My Baby is tremendous in the way it supports those in desperate need. We must learn to embrace death even if we don’t understand it. It is an inevitable and photography can help us come to terms with what it means for us.

Lead image by ParentingUpstream via Pixabay, used under Creative Commons. Body image in the Public Domain via Wikimedia.