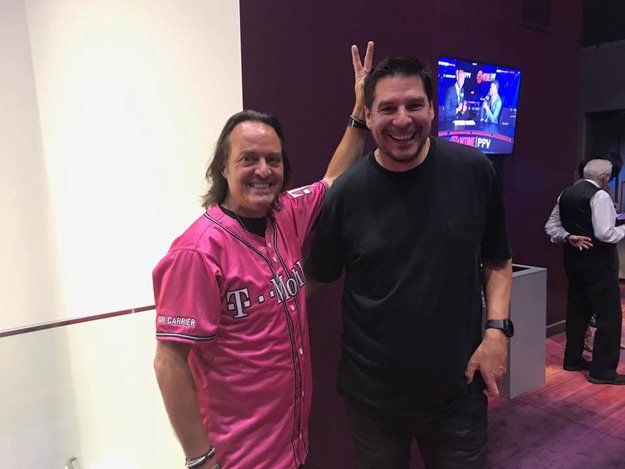 Federal regulators are big on keeping healthy competition in the wireless marketplace and have in the past blocked mergers of major wireless carriers from happening. Last April, T-Mobile and Sprint announced that they intended to merge with T-Mobile CEO John Legere leading the combined companies. The two carriers claim that when combined they would be better able to compete against AT&T and accelerate the rollout of 5G. The two companies have attempted twice in the past two join forces. A third attempt likely surprised some considering the previous deals were never successful. Reports claim that even if the Justice Department approves the merger this time around, states are waiting in the wings to possibly sue to block the merger from happening. While the combined T-Mobile and Sprint would hold only about 30% of the national mobile market, in some states the combined entity would have a significantly higher portion of the market.

Bloomberg cites sources claiming to be familiar with the deal as saying that state attorneys general haven’t made final decisions about the merger, but are investigating whether or not the deal would harm competition and lead to higher prices for consumers. States do have the power to block the deal in court even if approved at the federal level.

Word of the potential roadblock has sent shares of Sprint and T-Mobile down in trading with the former seeing stock decline as much as 1.6%, while the latter was down nearly 1% in after-hours trading. New York and California are two of the states leading the group said to consist of more than a dozen states scrutinizing the potential merger. The states have reportedly hired an economist, Carl Shapiro, to help them review the deal.