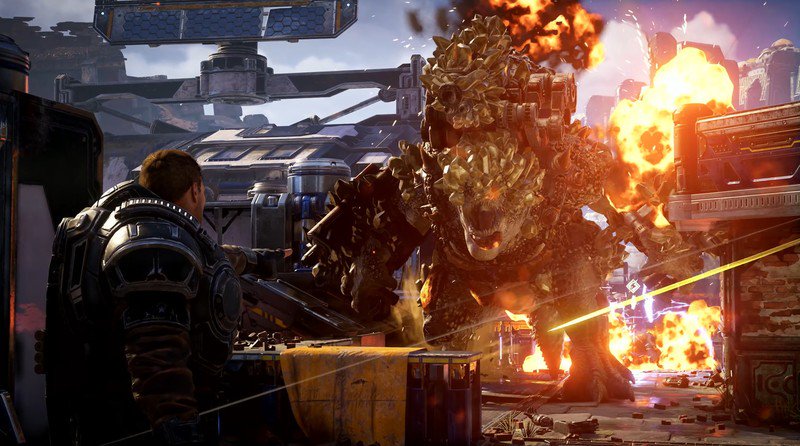 Gears 5 is a third-person shooter from The Coalition. Not only does the game feature a larger campaign, but it also provides plenty of multiplayer modes. Some of the more underrated features of the game have to be its accessibility support and 60 Hz servers for smooth competitive matches.

However, as if the case with almost every game, there are still a number of bugs to be aware of. While an official list hasn’t been shared as of yet, we did come across some interesting ones that are giving players a hard time. You can read about them below.

It seems like if you’re using a slow external hard drive (HDD), not a solid-state drive (SSD), saving the game can be a hassle. The checkpoint logo keeps on spinning but nothing happens. Some reports indicate that if you’re using an external HDD, you’ll likely have this issue. Others say that it’s related to server problems. Either way, it’s an ongoing concern with no clear solution as of now. Try installing the game on an external SSD if you have one.

It seems like some characters are stuck in rage animations even after a match is over. While this bug is hilarious, it can be disconcerting because they’re very loud.

Certain areas of the game exhibit noticeable performance dips. This happens usually when there’s a lot of action in the campaign.

According to reports on Twitter, there are some missing prompts in the campaign and certain computer-controlled characters don’t do what they’re supposed to.

We’ll keep adding to this list as we encounter more problems. Hopefully, The Coalition is aware of these problems and is actively working on solutions.

In Windows Central’s review, Jez Corden wrote, “as a benchmark for visual excellence balanced against stellar performance, Gears 5 is technical wizardry. It also bridges platforms and storefronts… complete with… cross-play. The fact that Gears 5 manages to jam a… 12 to 18-hour campaign, several multiplayer modes, a map editor, and the promise of post-launch support represents one of the best deals in gaming right now. It’s an even better value when you factor in Xbox Game Pass.”

Up your Xbox experience with one (or all) of these budget accessories, all of which are approved by the gamers of Windows Central.