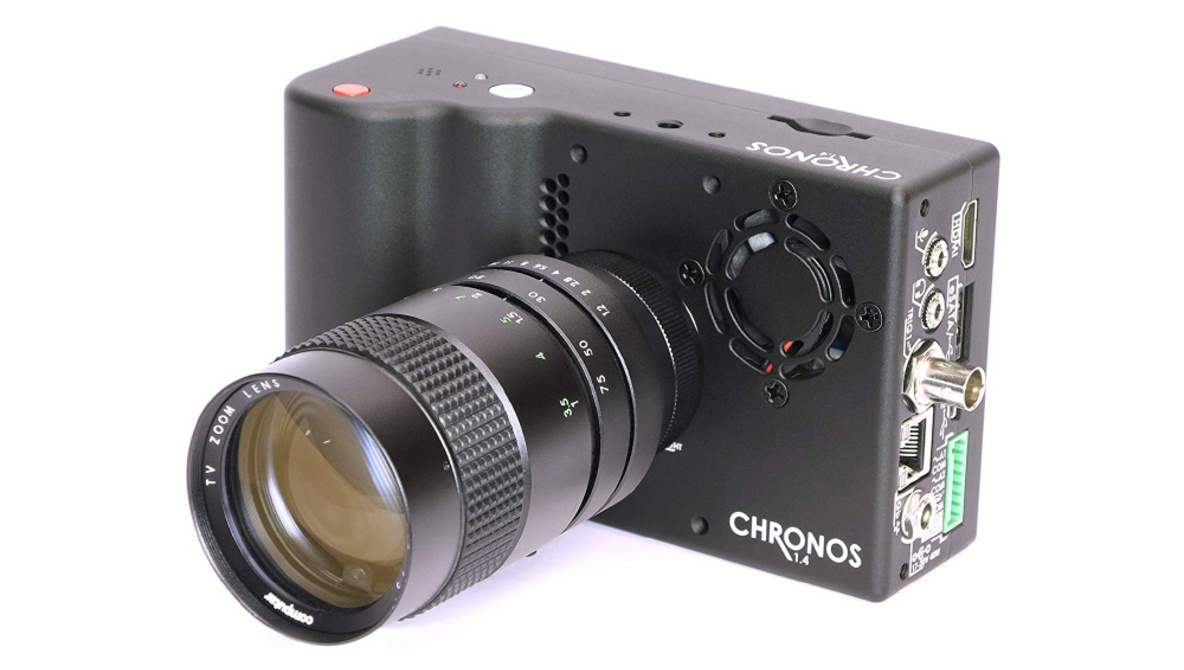 The Chronos 1.4 from Canadian manufacturer Kron Technologies has suddenly made high-speed, super-slow motion filmmaking significantly more accessible. Potato Jet (a.k.a. Gene Nagata) met up with science enthusiast and filmmaker Chris Rollins to see how it performs, testing a few of the different frame rates, marveling at the technology, and generally finding daft things to smash and blow up in the name of research.

Whether you would buy a slow motion camera even at this price really depends on whether you can find a use for it, but you can’t argue that it looks like a lot of fun. Recording time on the entry level model is a mere four seconds, but once you scale that up to 1,000 fps, that’s probably more than enough for most situations. The end trigger seems to make it very simple to use, with the camera constantly writing to the buffer and saving the last four seconds of footage to the memory card as soon as you release the record button.

You can find the full specifications at the Kron Technology website and this data sheet offers a handy overview.

If you have ideas for how you would use this tiny beast and have thoughts on whether the price makes it seem like a viable investment, be sure to leave your thoughts in the comments below.