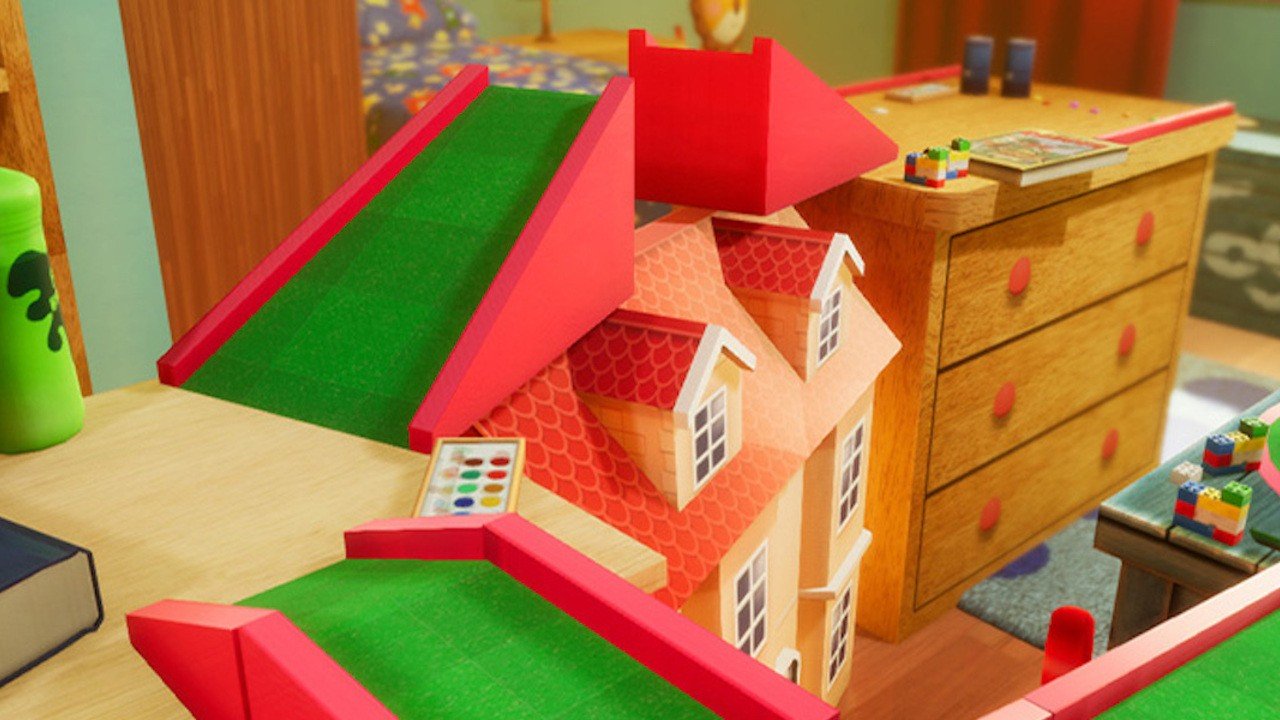 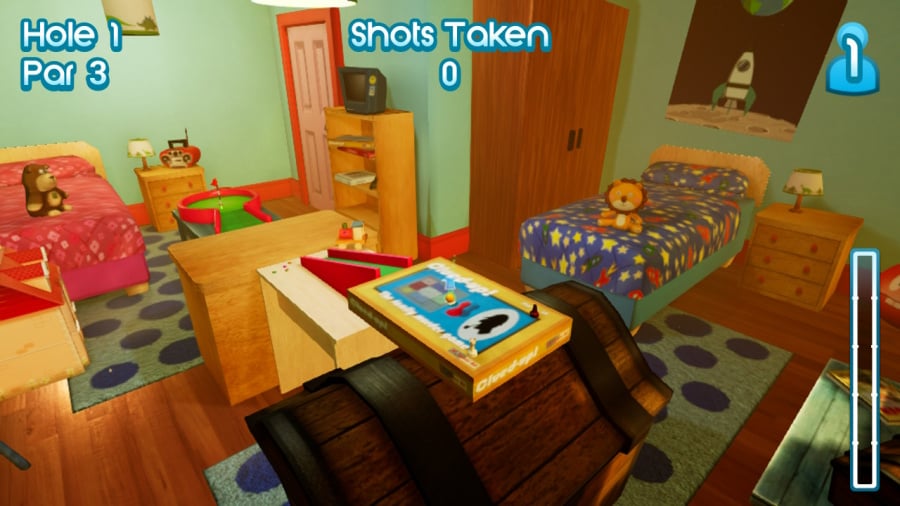 Everyone loves a good game of mini-golf. The wacky courses and absurd obstacles combine to create a challenging, yet accessible game that almost anybody can get stuck into. There have been countless video games based on mini-golf, ranging from console titles like Carnival Games: Mini Golf to smaller, flash-based games of varying levels of authenticity and success. House of Golf is an entirely average addition to the ever-growing selection of mini-golf games, with good visuals but altogether uninspiring gameplay and level design.

Taking place within – you guessed it – a house, this is mini-golf in a very literal sense. You have a choice of playing within the lounge, bedroom, kitchen, attic, and garage. All areas feature everyday objects that act as obstacles on the course, so naturally, the kitchen is full of pots, pans, and spatulas, whereas the attic plays host to hammers, pots of paint, and old televisions. The objects are placed in very sporadic positions within the levels, and whilst some courses are laid out very deliberately with obstacles that allow you to bounce your ball around strategically towards the goal, many more courses are ruined by seemingly random placement of items that scupper your progress at every corner.

The physics of the ball’s movements work pretty well overall, though occasionally you’ll find that it won’t roll quite as far as it probably should, and there were even moments when it would stop dead in its tracks, like a lump of lead. To exacerbate matters, the aiming is very twitchy, and it can be exceedingly difficult to line up your shots correctly. The game would have benefited greatly from a fine-tune feature to allow for more accurate aiming across the board.

The game features up to 6 players at once, all playable on one Switch console, and each location within the house has three difficulty options to choose from. You can either choose to play one hole at a time, or the Championship mode to play through nine holes in one go. The more holes you play and locations you complete, the more custom ball designs you’ll unlock along the way, featuring basketball designs, robots, dogs, and more.

Visually, the game looks pretty nice for the most part, and runs really well. It’s hardly the most detailed of games, and indeed some of the textures are pretty poor, but the environments are very well stylised, and the objects within the levels are mostly the correct size and proportions. There’s a charm to the visuals that harks back to more retro titles (you can’t deny the similarities to Micro Machines), and it will no doubt appeal to both mature and younger gamers alike.