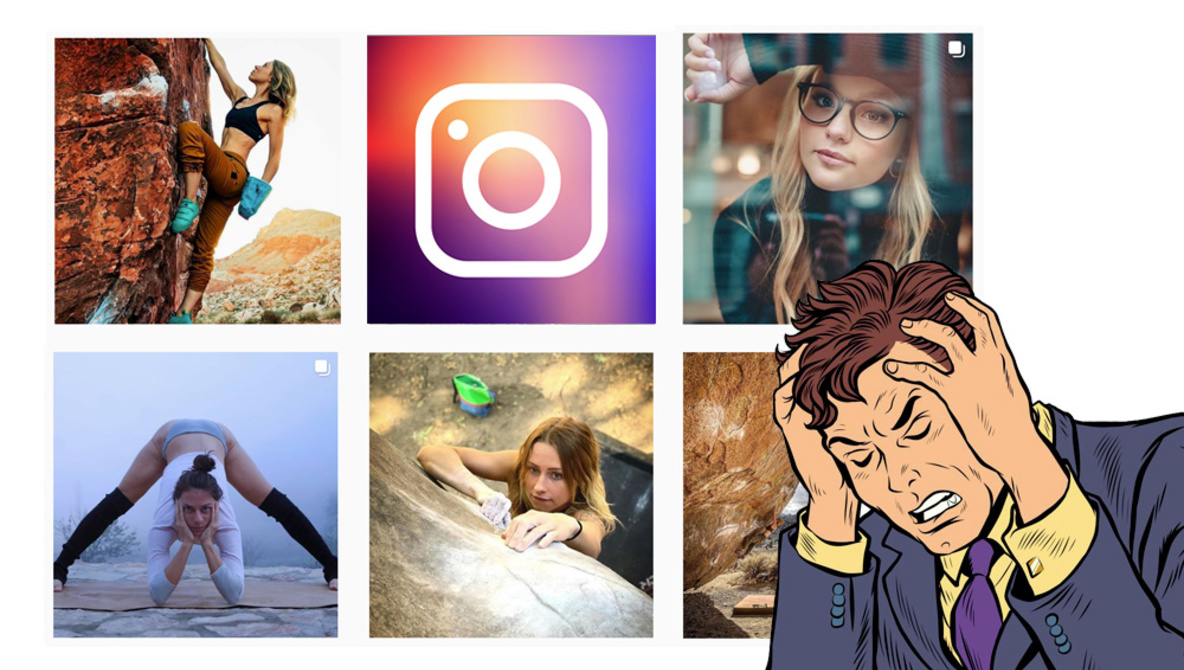 Facebook recently published an article on its Artificial Intelligence blog explaining the complex processes that are used to select content for Instagram’s Explore tab. Given the technical genius and intricate programming involved, why is this Explore tab so bad and damaging to content creators?

According to the article, half of all Instagram’s users browse the Explore tab each month in order to discover fresh content and find new accounts to follow. Facebook engineers and research scientists have built the process by which Instagram’s platform selects and presents these results, and through the recently-published blog have given an insight into how it functions.

The post is quite dense in its terminology and clearly the methods used to create this curated Instagram experience is far from simple. What it doesn’t explain, however, is how the tab is dominated by influencers, pay-to-be-featured accounts, and freebooters. Either filtering these accounts is too difficult for the engineers, or Facebook knows that these accounts are ruining users’ experience of Instagram and simply doesn’t care.

According to the article, recommendations are “high quality and fresh,” but looking at my explore tab suggests otherwise. Ignoring the IGTV tile, half of the accounts that the Explore tab presents to me are feature and freebooting accounts.

Feature accounts embody almost everything that is wrong with Instagram. Many are freebooters, taking other people’s content to build a following of tens of thousands of people, and then using that platform to sell t-shirts, knickknacks, or presets. Admittedly, some accounts legitimately ask permission from the original content-creators (such as the Fstoppers Instagram account), but many accounts not selling cheap t-shirts and sunglasses are generating an income by charging a fee to those content creators who wish to have their work published, or unashamedly advertising for paid promotions. If you’ve ever followed a feature account, used its hashtag repeatedly, and wondered what it takes to get your work accepted onto their feed, the answer is simple: money.

The article explains: “Using a variety of signals, we filter out content we can identify as not being eligible to be recommended before we build out eligible inventory for each person.” Given the vast number of images and videos being uploaded to Instagram every second, this is a huge task, but one that the Facebook engineers are proud of having created. The article continues:

Given that posting other people’s work without permission violates Instagram’s terms and conditions, why aren’t the engineers taking steps to keep these from appearing on the Explore tab? Surely filtering these out would be a relatively simple process given the expertise available. Is Facebook not concerned about the shadow markets that operate on its platform?

One likely answer is that Facebook is deliberately using machine learning to promote these accounts. To suggest that it would feature so many of these accounts accidentally feels incredibly naive. The social media giant has little regard for users’ intellectual property as long as it generates clicks, and the shadow market that operates on its platform is relatively small compared to the millions of dollars generated by influencers. The move to hide likes (but, notably, not followers counts) on individual posts was declared by Facebook as a means of improving the Instagram experience and stop us all being so obsessed with validation, but the truth is that the shadow market operated by influencers is both lucrative and damaging to Instagram’s own advertising revenue streams — hence Instagram’s need to take action.

By contrast, freebooting and feature accounts do not undermine Instagram’s ad revenue. If anything, it’s quite the opposite: they generate millions of image views every single day, keeping eyeballs locked to screens, and thus watching Instagram’s adverts. There’s no reason to unplug this revenue source, and it should be no surprise that such accounts are so prevalent on the Explore tab, to the point that they might even be deliberately promoted.

Of course, it’s easy to criticize Facebook but its purposely opaque practices and murky ethics must be called out as even governments struggle to hold it to account. If your Explore tab is as awful as mine, I’d be grateful to receive your thoughts in the comments below.