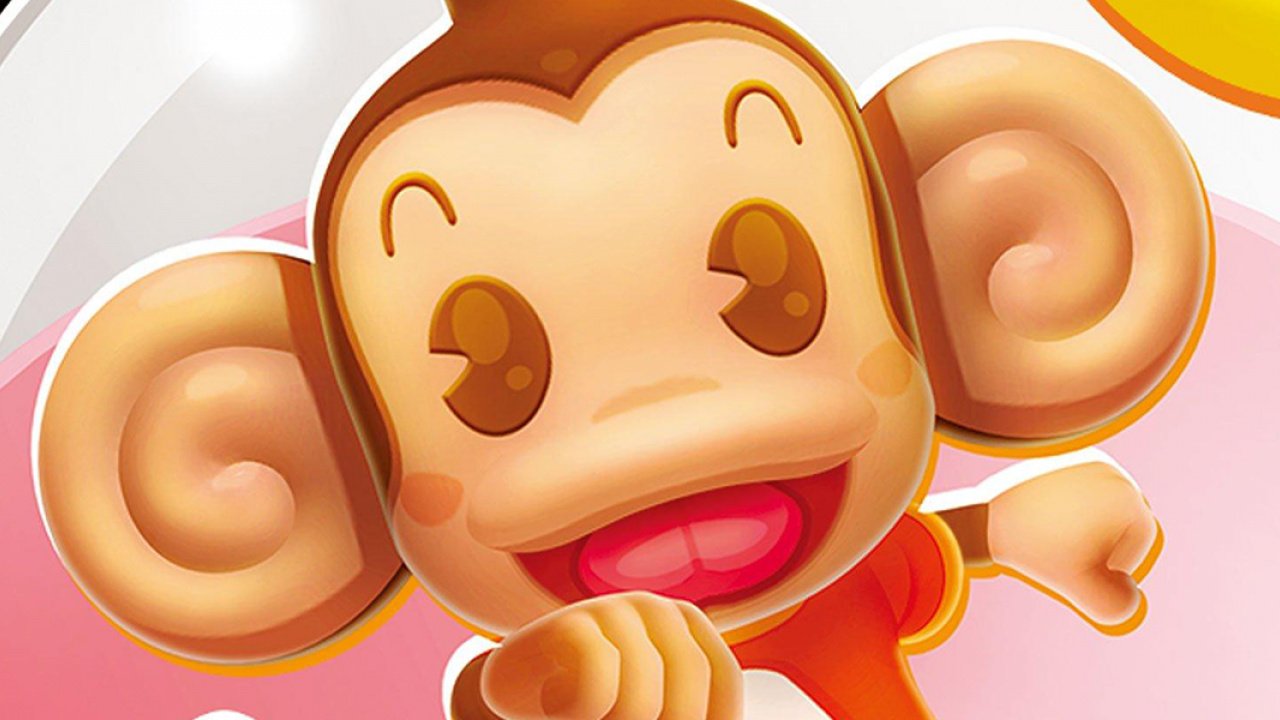 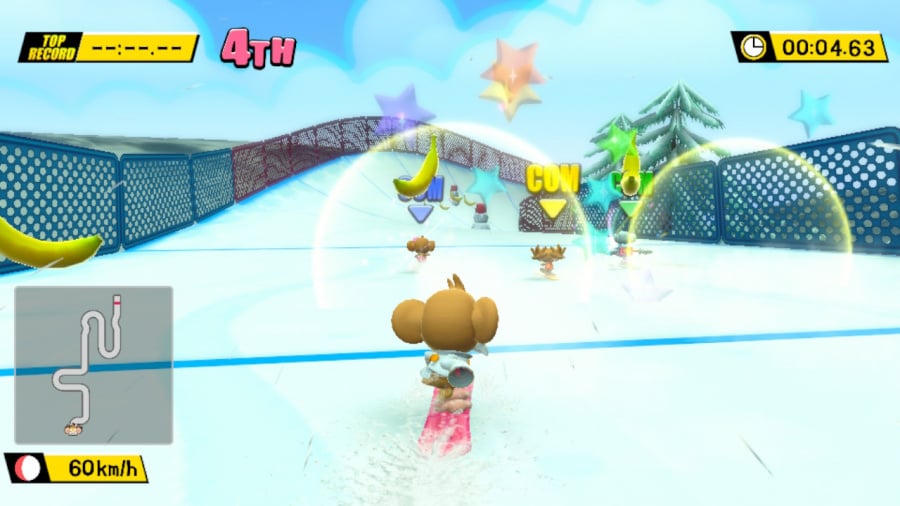 The Wii Remote strap was allegedly added to stop controllers slipping from sweaty palms. But could it be that someone at Nintendo had actually played Super Monkey Ball: Banana Blitz – a Wii launch game – and predicted a wave of fury-induced Remote tossings? Back on Wii, Monkey Ball swapped its traditional analogue stick for tilt controls, removing the precision that seasoned Monkey Ballers expected and dooming living room windows to violent shatterings. Some 13 years later, the game is back, minus motion steering. And phew, windows are safe again.

The aim of Super Monkey Ball: Banana Blitz HD is to steer a monkey (yes) in a ball (of course) through precarious mazes hanging above an abyss. Who put the monkeys in the balls? We’ll never know, but it’s good that the plastic shell is there to protect their innocent ears from fruitier language as the mazes – and your patience – grow thinner. But at least that rage is more honestly earned now that wonky motion controls are gone. You can no longer blame calibration issues or tired wrists for the wobble that sends a monkey plummeting to its death. 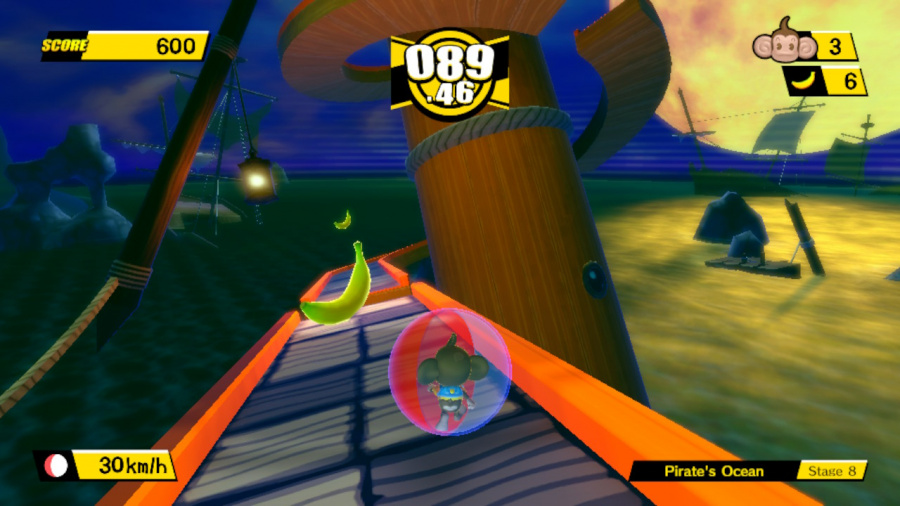 With the level now tilted with an analogue stick, you can appreciate this for the arcade game of risk and reward that it really is. Surviving a run to the end goal is like a grander version of a steady hand maze, but with a giant ticking timer bullying you into taking corners a little faster than you’d like. Reaching the goal is just the beginning of your relationship with a level, as you’re soon racing to skim further seconds off the clock, trying to grab every banana or discovering hidden ones stashed in the most dangerous locations.

With Monkey Ball greatly diminished in recent years, it’s easy to forget how compelling this challenge once was. Stages are generally designed with gentler paths through the middle, but with juicy banana bunches hovering on the periphery, tempting you towards thinner shortcuts or floating platforms. The latter are achievable thanks to a jump move, which was Banana Blitz’s biggest addition, outside of the gyro frustration. It’s basically an invite to fill levels with holes and gaps, which is terrible news for your blood pressure.

The best stages let you pick up speed: giant twisting chutes around the outside of a tower, or long strips of land full of ramps and holes. It’s so satisfying to find the analogue angle to send a spherical simian tearing around a bend, a hair’s breadth away from death. In these moments you almost enter the zen state you get from a perfect Out Run drift; it’s a moment that’s Sega as hell. Of course, then you roll into the next obstacle hell course and you eat through lives like a monkey goes through Fyffes. 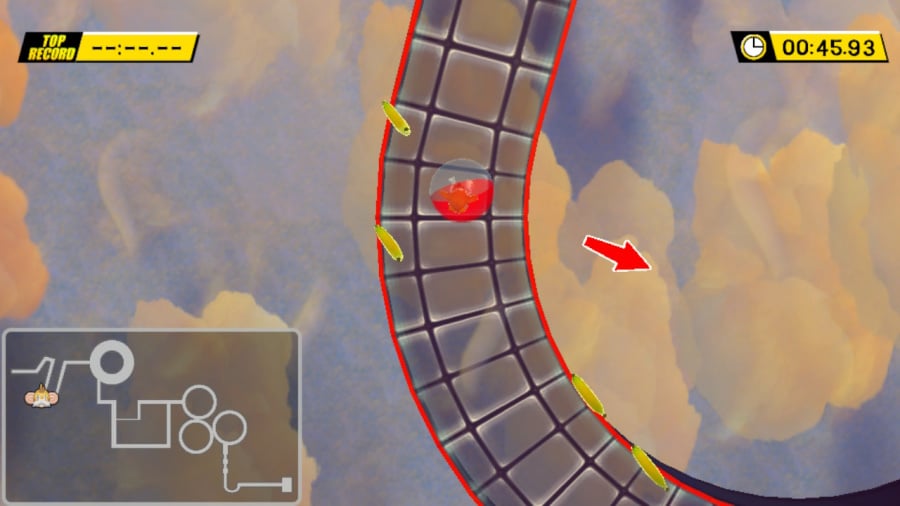 One weird off-shoot of removing the motion controls is that this is, now, one of the easier Monkey Ball games. Levels feel like they were built to be more forgiving for looser steering, so without those controls, you’ll chew through the first half with little problem. Difficulty picks up in later stages, but the proper challenge doesn’t kick in until you try completing each world – eight courses, a bonus and a boss – without using a continue. Doing so earns a gold completion medal, which unlocks the really nightmarish stuff at the end.

Bosses get a mention there, which were another big Banana Blitz addition, and less successful than the jump move. These giant birds and dragons and the like aren’t screamingly hard – you just bop them on an obvious weak spot – but they are slow, static levels in a game all about speed and nerves. They also show the camera at its worst, as you try to navigate circular arenas with a lens that is really designed to chase you along the straight and narrow.

Bosses are doubly unwelcome in time attack. Where normal courses are full of dazzling shortcuts, bosses are creatures of routine and act as big, slow full stops on each world. It’s also a shame that time attack, one of two modes with online leaderboards, is limited to three ‘runs’: the first world, the first five worlds and the full game. A time trial of 50 levels in a row is just no fun (at the time of writing, no one has been bothered to post a time); it’s absolutely bizarre that each world doesn’t get its own leaderboard. 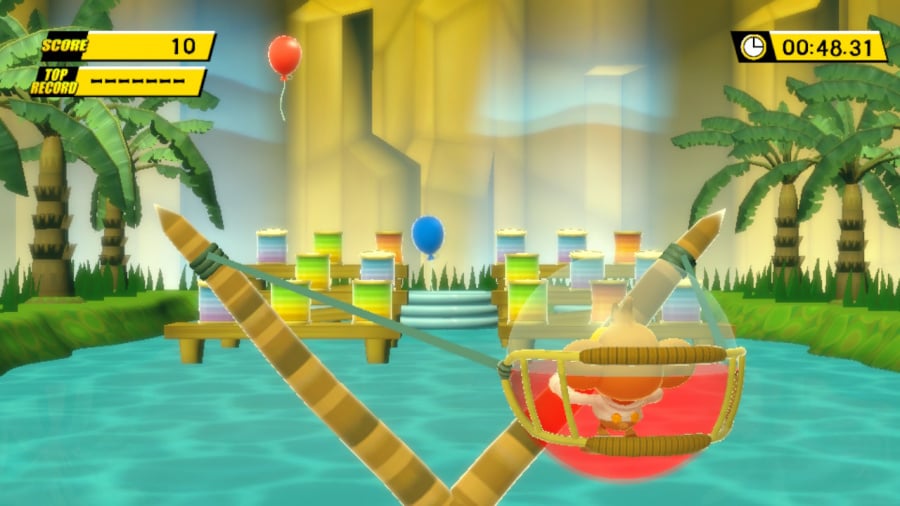 The other mode to get an online leaderboard is Decathlon, which forces you (you won’t go willingly) to play ten party games in a row. Banana Blitz originally had 50 of these games, trimmed here due to the removal of motion controls and, more likely, the fact that most of them were garbage. Sadly, the ten left are hardly gold. Hammer throwing, snowboarding and hurdles wouldn’t even make the podium at Mario and Sonic’s Olympic games, and the whack-a-mole and tin-can shooting gallery are one-and-done affairs.

The idea you’d want to drag three friends/victims into playing these with four players is laughable. The inclusion of Monkey Target, where you hang glide across the ocean to a giant bullseye scoreboard below, offers a faint glimmer of fun, but even this is disappointingly watered-down compared to the legendary GameCube versions of the same sport. All these criticisms were made of these minigames back at Wii release, so it’s odd Sega decided to dust them off for a second helping.

Otherwise, it’s a fine technical port, with simple cartoon looks appearing sharp on both TV and in portable mode, and cheery arcade ditties that can only come from Sega. Oh, and Sonic is in it, which is great. But it’s very strange to see so much fixed with the addition of analogue stick controls, only for other unwanted baggage to stink up the joint. 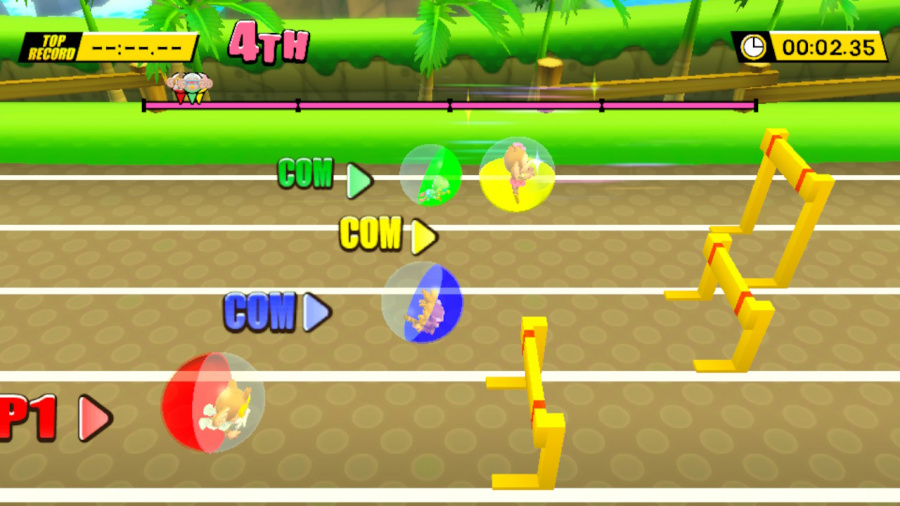 When you’re hooning through the solo mode Banana Blitz HD finally feels like the proper sequel that Super Monkey Ball 2 never got. If you’re happy to pursue medals and individual hi-scores (and cursing the lack of proper online leaderboards) then this finally becomes recommended. But if you’re hoping for more, or the classic party fun Super Monkey Ball once offered, Banana Blitz HD will have you throwing the Joy-Cons in disappointment. But hey, at least they bounce off windows, right?

Back in the day, we gave the Wii version a crushing 4/10 score and said ‘if the controls were good then you could double the score’. Little did we know that over a decade later, our words would ring (almost) true. With more usable controls you can finally enjoy this batch of 100 levels for what they are, but the wider game is let down by weird leaderboard decisions and those lacklustre mini-games. The best monkey-in-a-ball game since Super Monkey Ball 2, sure, but not quite a return to the series heyday.